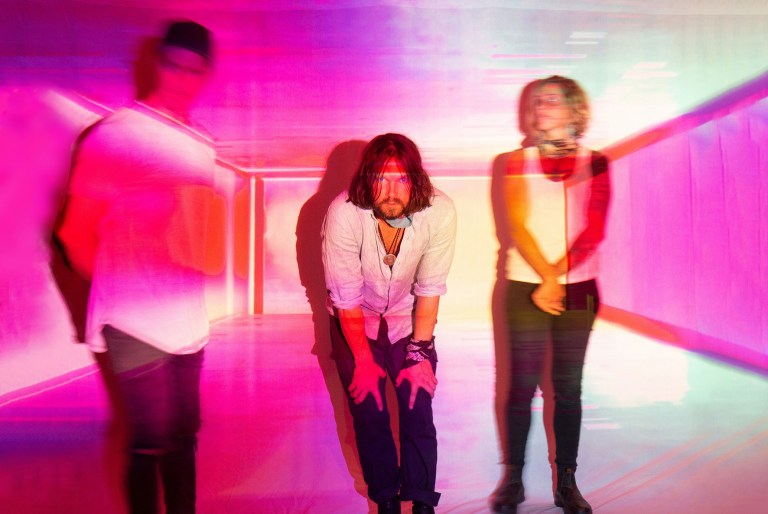 Tijuana Cartel hit the road on tour following the release of their new album ‘Acid Pony.’

Finding their feet in the 1990s underground venues of the Gold Coast, Tijuana Cartel have honed their live set on some of Australia’s biggest stages dishing up an east meets west wonderland for those seeking sensory overload, euphoria, fat beats and heavy, bass-fuelled electronica.

2020 saw the world thrown into an unexpected shutdown. For Tijuana Cartel’s duo of writers – Paul George and Carey O’Sullivan – it meant one thing – recording! Tucked away in their respective studios, the duo sent each other music, occasionally meeting in person with the other band members dropping in, and such – the long-awaited new album was finished.

Finally, a new world dawned, and people were keen to dance. Tijuana Cartel are well aware and have curated their new album ‘Acid pony’ with that fact in mind.

“I think when restrictions lifted, people were as keen as a technicoloured Acid Pony to party” says Carey O’Sullivan the bands producer/writer

“I feel we are coming into this century’s version of the roaring 20’s, I think fashion and music is going to reflect the feeling of newfound freedom.”

Although the new release has an obvious feeling of heavy baselines and move your booty beats. There is still a deep current of musicianship and trippy interludes that are sure to take listeners into try other-worldly realms.

The album draws on the years and years of Paul and Carey’s experience in crafting albums and is mixed nicely with percussion by Sheila Finke and various brass instruments added by Joshua Sinclair and Eamon Dilworth.