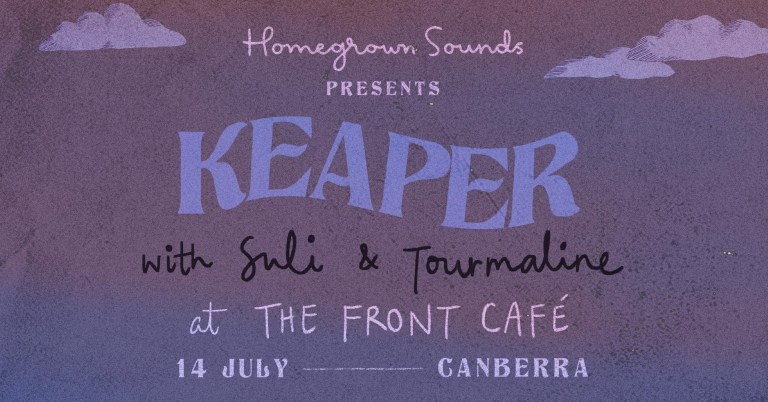 Celebrating the release of their debut EP ‘Duality’, Melbourne/Naarm band Keaper are heading out on tour across south-east Australia, and are due to stop by Canberra for the first time to share with us their latest release

The EP captures the evolution of the band since forming in 2019 and writing their first song Wasted Light. Red is the DIIV-esque instrumental opener, first released via Instagram in the middle of lockdown, that transitions seamlessly into Come & Go, a dreamy, emotional alt-rock track that sets the introspective tone of the EP. Afterlife explores the struggle of internal conflict and opposing beliefs, while Wasted Light, the melancholy, dream-rock single closes the EP.

Keaper is a Melbourne-based band consisting of vocalist/guitarist Ameya, bassist Julia, lead guitarist Austin and drummer Sam. Drawing inspiration from artists like DIIV, The Smashing Pumpkins and The Sundays, the band’s songs are recognisable by their pensive lyrics, melodic instrumentation and the introspective atmosphere they create.Doubling as a visual art project, Keaper combines artforms to provide a unique style of escapism reflective of the band’s interest in cinema, illustration and photography.

Keaper has shared the stage with bands such as Bowlos, Lady Fern, Mylk, Hot Glue and Sorry, Dave at a number of Victorian venues including The Workers’ Club, The Retreat Hotel, Federation Square and Nighthawks. In late March the band also released Wasted Light with a sold out single launch at the Gasometer Hotel supported by Babyccino and nightlight.

Coming to The Front Cafe in the city’s inner-north, Keaper will debut their four-track EP alongside Canberra favourites Tourmaline and Suli.