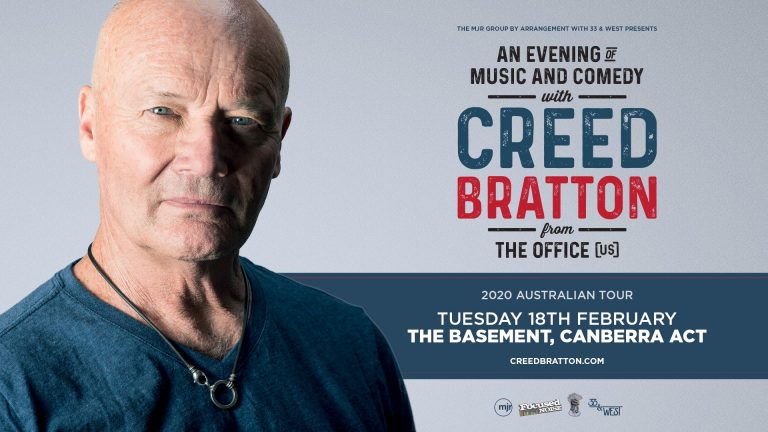 Having been performing solo shows for over a decade, Creed Bratton, who played an over the top version of himself, as the mysterious, quality-assurance director that smells like mung-beans, lives for scuba diving and can’t tell the difference between an apple and a potato, is finally heading to Australia with his live show next year.

Set to hit Australian shores in February 2020, Creed’s variety show – which includes live music, stand-up comedic and untold stories from both his life and time on ‘The Office’ – will land in capital cities around Australia, including Melbourne, Sydney, Brisbane, Canberra and Perth.

While many will know Creed Bratton as the mysterious, eccentric and hilarious character from the hit TV series The Office (US) and for roles in comedic hits like The Mask, the US comedian is also an established musician, with a career in music that spans nearly five decades.As lead guitarist for legendary American rock group the Grass Roots, Creed played on the band’s first four albums, shaping their folk rock/psychedelic pop sounds, before breaking away in the 1970’s to pursue a solo career and comedic work.

“Since I first came up with the idea for this variety tour a few years ago,” said Creed Bratton. “I’ve always wanted to head Down Under and perform it for Australian audiences. I couldn’t be happier to announce that I’m finally making my way there this coming February.”

In addition to live music from Bratton’s longstanding career, the live show will also include anecdotes from Creeds time on set of ‘The Office’ as well as the highs and lows of a careers that has to be heard about first-hand to be believed.

Tickets on sale via MJRpresents.com

The Office has been off the air for five years, but Bratton stills packs clubs wherever he goes with rabid fans of the cult show – Rolling Stone“