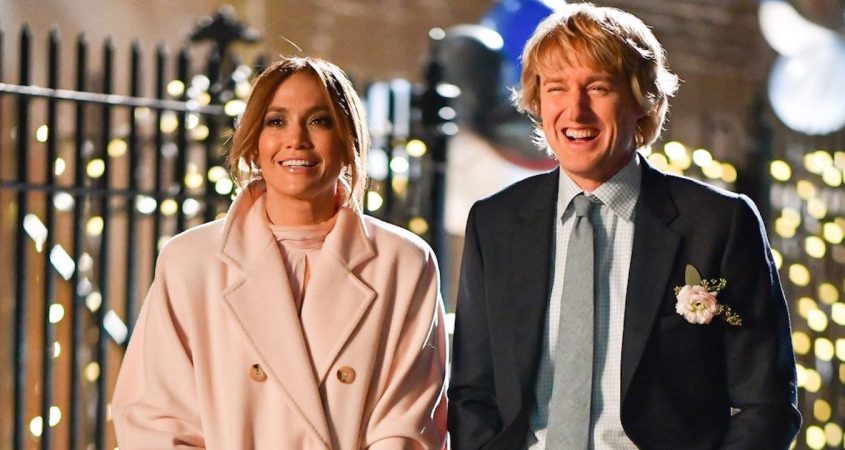 In this surprisingly moving romantic tale, Owen Wilson plays Charlie, a straightforward maths teacher and single dad without any of the awkwardness of Wilson’s earlier characters, who meets the glamorous singer Kat Valeez (Jennifer Lopez), a superstar on the verge of a mid-concert wedding — broadcast live from a packed stadium to an audience of 20 million fans — to rap superstar Bastian (Maluma).

When, minutes before the ceremony itself, she learns that her fiancé has cheated on her, Kat concludes that she should do something different, and she accepts a proposal on the spot from somebody she has never met, somebody in the stadium audience: Charlie, whose proposal was entirely inadvertent.

What follows takes both Charlie and Kat by surprise as they civilly and considerately go about helping each other.  A surprisingly fresh, mostly down-to-earth look at how that would work, Marry Me of course has us hoping that the pair will get to know each other, fall in love, and become a couple.  But there are many obstacles to such an outcome: Charlie’s major commitments to his students and his daughter, and all that fills Kat’s life: meetings; international travel; continual video-recording for her blog; sponsorship filming; her constant entourage; her continuing feelings for Bastian.

Marry Me doesn’t pretend to be true to life, and minor aspects of Kat’s character lie beyond even suspended disbelief.  But, in its guise of a modern metropolitan fairy-tale, the film sprinkles comedy and other surprises throughout a plot that, without being in the least mawkish, is surprisingly plausible in broad outline and that invites us to care very much for the leads’ success in finding each other.  Fortified by all the most modern technology though it be, this is a tale with a strong heartbeat.