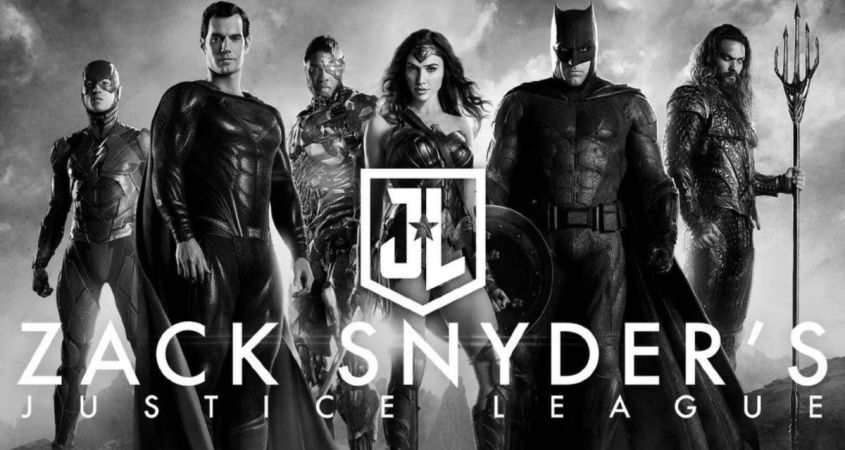 “Are you finished yet?” a CGI alien barks at another digital monstrosity.

Zack Snyder’s Justice League clocks in at a whopping 4 hours and it’s not a good sign when the film’s villains are impatient. I check the time: 2 hours and 10 minutes; the titular Justice League haven’t even met yet.

But how did we get here?

That’s a long road, too.

In 2017, director Zack Snyder (300, Watchmen) stepped away from Justice League after a family tragedy. Warner Brothers hired Joss Whedon (Avengers) to finish the film, but it triggered a complete overhaul and production woes; actors who worked with Whedon filed formal complaints with Warner Brothers that lead to an internal investigation about the working conditions.

The dramas continued when Henry Cavill, who plays Superman, returned for re-shoots with a moustache he’d grown for Mission: Impossible – Fallout and a contractual obligation to keep the ‘stache – best legal clause ever. In a pickle, Warner Brothers digitally removed the moustache and created the most cursed top lip in cinema history; the story warrants its own behind-the-scenes soap opera.

So, Justice League releases and it underperforms at the box office and tanks with critics.

Soon, fans begin to speculate online that Snyder’s cut of the film exists and start a campaign using hashtags and making signs at pop culture conventions. At first the fans were derided but it turns out their hunch was correct because Snyder held on to an unfinished edit of the film.

Yada-yada-yada Warner Brothers does a deal with Snyder to finish the film so they can release it on their new streaming service in America HBO Max (how convenient).

Zack Snyder’s Justice League does its job to make the 2017 version redundant, but bigger is not better when it comes to the maudlin alien invasion plot that leads to lifeless digital smackdowns and slow-motion sequences set to goofy needle drops. One battle sequence set in the ‘age of heroes’ featuring Greek gods, Amazons and Atlanteans, has a similar feel to Peter Jackson’s Lord of the Rings. But the Justice League in full flight can never conjure the same epic feel.

There’s a jarring sense of déjà vu throughout, though it’s a more cohesive film with lots of breathing room to develop each character and their pesky real-world problems and dad issues; especially the additional scenes with Aquaman (Jason Momoa), Cyborg (Ray Fisher) and Flash (Ezra Miller). Even Batman (Ben Affleck) and Wonder Woman (Gal Gadot) have a greater sense of regret and purpose this time around.

The time investment in each character is where Snyder makes the biggest gains to help understand what each character must overcome to join a superhero team. However, the world-ending threat is not a worthy contrast.

The mulligan on Justice League is exhausting but it’s an improvement.