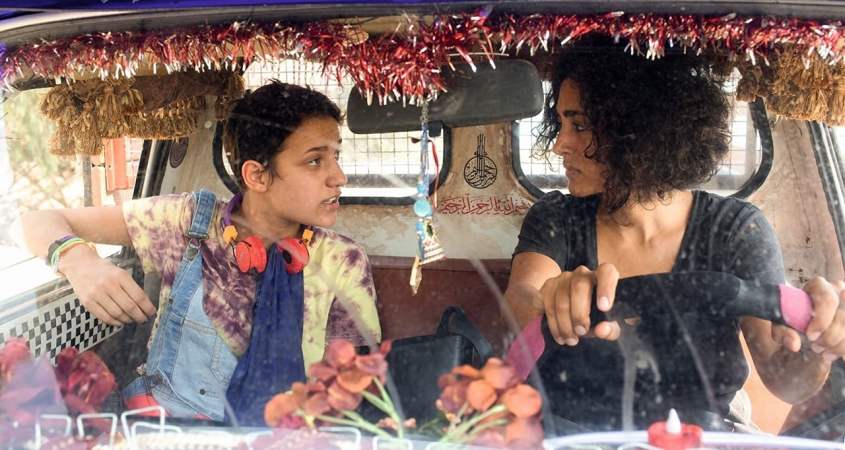 After living in Paris from the age of 10 and obtaining a psychotherapy degree, Selma (Golshifteh Farahani) moves back to her Tunisian home town to establish a practice from her flat on her aunt and uncle’s rooftop. Despite inadvertently paying for a junk heap as a vehicle, Selma at first seems to know how to go about life there: she distributes her business cards to those who may be able to send her patients and even spruiks her services to staff and clients at her local hairdressing salon. Everything Selma does is food for comment in the tight-knit community, and she cannot but be drawn into several local dramas, including her young cousin’s impulsive decision to escape the country and its tedium by marrying a stranger.

The notion of a professional private listener as therapist is a new one on most, as is that of timeliness in attending appointments, and misunderstandings are bound to arise. When her psychotherapy practice comes to the attention of the local police, Selma realises that Tunisia’s licence requirements for psychotherapy practice are more than a guide. The local police team’s well-meaning leader, Naim (Majd Mastoura), insists upon the rule of law in that respect and hints at her vulnerability to severe punishment. Yet Selma’s attempts to obtain such a licence seem destined to drown in bureaucratic indifference.

Selma’s difficulties are merely fodder, though, for a story laced with dry humour and a rich variety of characters whose believable peculiarities stand out even in the anarchy of established community life. Though Selma needs a good deal of patience in order to fit in, the story carries us along on its many surprises.