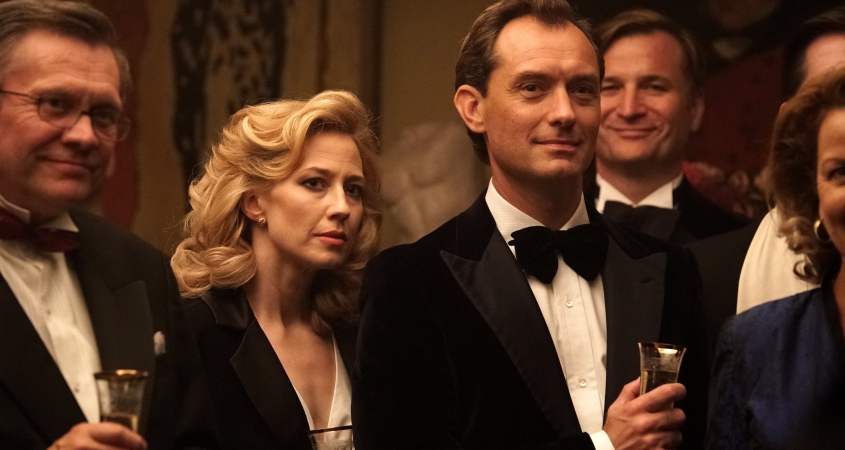 The O’Hara family enjoys a happy middle-class life in New York City. Rory O’Hara (Jude Law) is a trader, and his wife, Allison (Carrie Coon), teaches horse-riding; and their children, Ben (Charlie Shotwell) and Sam (Oona Roche), are happy at school and within their groups of friends.

But Rory is ambitious and believes his opportunities for wealth lie in his home country of England, where he tells Allison his former employer, Arthur Davis (Michael Culkin), has offered him a fantastic opportunity with the company.

Allison is reluctant to move the family, having moved a number of times before, and can’t see what’s wrong with the life they all enjoy. Rory persists, claiming their lives will be even better, and, finally prevailing, moves the family to Surrey. Upon arrival, Allison and the children are dismayed to find that he’s bought an isolated old mansion full of huge, gloomy rooms and passageways, the bedrooms so remote from one another that they are the stuff of nightmares, especially for Ben, left alone in a large, dark room far from his sister and parents. Rory relentlessly assures them that life will soon be great. But this is not to be: Rory not only fails to bring about the life he promised, but, by hiding from himself, drives his family into ever greater misfortune.

The moods of The Nest are captured excellently by the cinematography — from light and bright at the beginning, when the family is living happily in New York City to shadowed and colourless as soon as the family arrives in England.

Jude Law as the driven, deluded Rory, is completely believable, as is Carrie Coon as Allison, Rudy’s patient and supportive wife doing her best to make everything work but not managing to keep on top of her crumbling world. Charlie Shotwell’s Ben makes compelling viewing as a little boy thrown into an unkind world he doesn’t understand, and Oona Roche’s Sam well portrays the anger of a teenager thrust into an alien culture and needing acceptance.

Though it may not be the ideal film for those needing uplifting, The Nest, well-made and engaging, leaves us something to ponder of the waste that self-delusions can create.