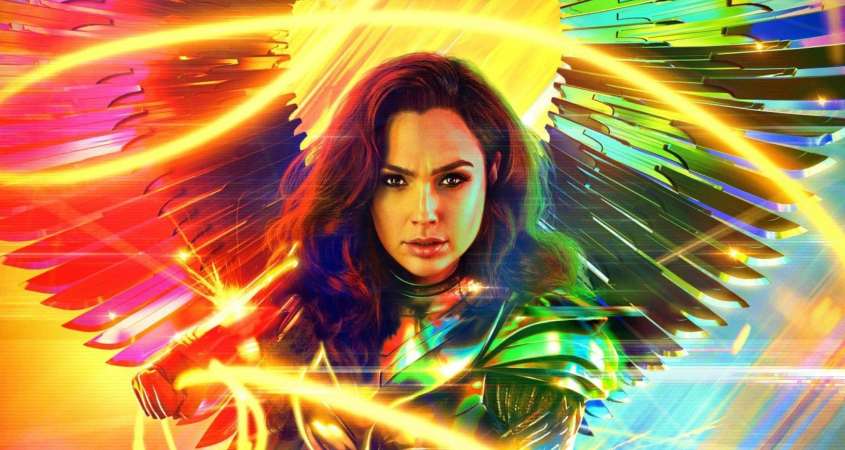 The ageless Diana Prince (Gal Gadot) encounters a godly artefact at the Smithsonian in 1984. No ordinary thing, the artefact has the power to grant a wish; and, having lost the love of her life, pilot Steve Trevor, during WWI, Diana now has the chance to return him to life.

Wish-granting as a pastime seems innocuous enough, but the film makes abundantly clear that there shall be no free lunches. Even the story’s villain, Maxwell [*cough* Trump *cough* — BOSSMAN SKO] Lord (Pedro Pascal), who spends much of the movie granting wishes, reaches desperation point when his actions are about to rebound catastrophically on him.

Though it leaves a couple of loose ends and might have been enriched by more detail, the film’s plot supports willing suspension of disbelief and delivers a story with reasonable tension and emotional drama. Fine acting brings that drama to life with the assistance of a score by Hans Zimmer, a remarkable work in its own right that repays close listening. Special effects are handled well and don’t overpower the live action.

The movie’s most visually remarkable scenes arguably appear at the start, when we revisit Diana’s Amazon childhood on the island of Themyscira. The opening sequence’s purpose is evidently to establish the theme that the film brings home to us throughout. It’s a theme the Amazons call Truth (but in reality is closer to legitimacy or authenticity), and it’s one worthy of special mention in today’s quick-techno-fix world, even if audiences outside the States don’t need it sprinkled on quite so liberally.

The film’s director, Patty Jenkins, could have made more of the resources the earlier Wonder Woman (which Jenkins also directed) created; for instance, using Diana’s gift for languages to draw illuminating connections between words in present-day languages and the artefact’s Latin inscription. Enriching the story’s meanings and believability thereby would also have enriched its connection with the earlier film. But it’s a joyride even so, and leaves the viewer wondering, as any fantasy should, what may be possible.