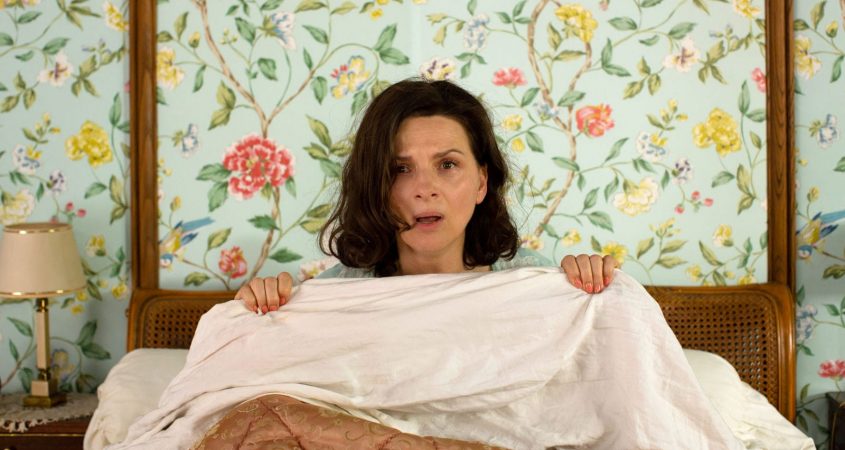 It is 1968, and Paulette (Juliette Binoche — Chocolat), along with her husband, Robert (François Berléand — Someone, Somewhere), has been running Van der Beck’s School of Housekeeping and Good Manners in rural France for two decades, assisted by her sister-in-law and a nun who has maintained her wartime skills and attitudes. The school teaches the girls how to be capable housewives and companions to their future husbands.

Losing her husband and discovering that the institution is on the verge of financial collapse, Paulette arranges to meet the bank manager — who turns out to be an old flame, André (Edouard Baer — Molière), determined to make up for lost decades now that they have found each other. At the same time, Paulette’s students are getting a taste for genuine freedom and equality of the sexes. When one student’s despair for a future depending entirely on a husband shakes Paulette into realising that things must change, anything looks possible.

How to Be a Good Wife sets all this up with unique characters, convincing acting, and embedded values that recall an era in which one’s destiny largely depended upon one’s sex. Along the way, we feel for the adult lead characters — Paulette and André — as well as for the students to whom the gilded cage represents only spiritual death, and a good deal of comic relief keeps things light. Binoche in particular has a charming way of making misfortunes the object of sympathetic laughter.

The movie’s ending is not typically French, in that it suddenly bursts into a new, unexpected genre altogether; but it demands a sequel. Many French movies leave open a range of possibilities in denouement; in doing so, How to Be a Good Wife leaves up in the air where the main characters will take their thinking, their lives, the school, and French society from there. Who knows: it may even be to places we haven’t yet thought of.