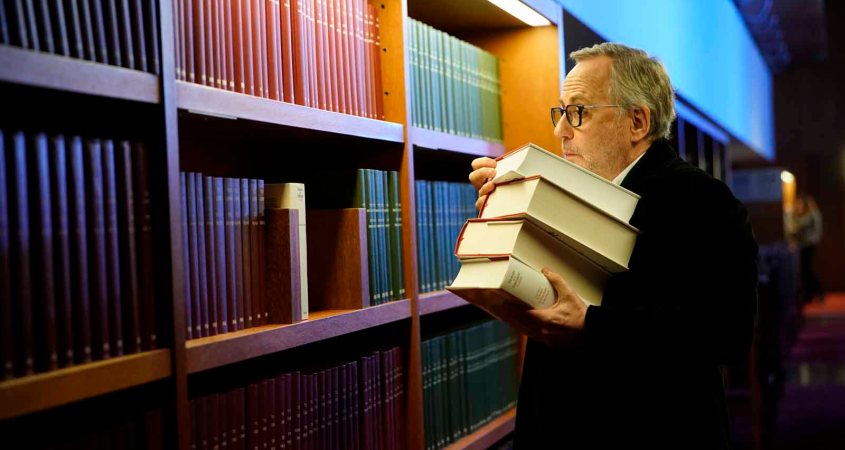 Frederic Koska (Bastien Bouillon) has published his first novel, The Bath Tub, and waits anxiously for ruthless literary critic Jean-Michel Rouche (Fabrice Luchini) to discuss the book on television. After Rouche doesn’t mention the book, a depressed Koska and his girlfriend, Daphne Despero (Alicie Issaz), a publishing executive, leave Paris to spend some time at Daphne’s family home in Brittany.

While there, Daphne learns that a local library holds a collection of rejected manuscripts. Her curiosity aroused, she investigates this extraordinary collection and finds a remarkable manuscript titled The Last Hours of a Love Story, by the since deceased local pizza chef, Henri Pick, and publishes it.

The book becomes a best-seller, but the arrogant intellectual Rouche maintains that, whoever did write the book, it wasn’t Henri Pick. Rouche reveals his suspicions on live television, with calamitous consequences. Unapologetic and determined to find the truth, Rouche begins his search for the real author. Eventually travelling to Pick’s home in Brittany, Rouche runs up against Joséphine (Camille Cottin), Pick’s daughter, who wants nothing to do with the man whose fraud allegation so cruelly and publicly hurt her mother. But Rouche is relentless in his quest and will leave no stone unturned, inflicting his unwanted self into Joséphine’s life in his quest to chase down every possible clue, regardless of the cost.

The Mystery of Henri Pick’s witty script is masterfully handled by the film’s outstanding cast. Fabrice Luchini is compelling as Jean-Michel Rouche, pushing the audience from dislike to a grudging warmth toward him; Camille Cottin makes a thoughtfully appealing Joséphine Pick, the sort of woman anyone would be glad to call a friend; Alicie Issaz makes a convincingly ambitious Despero; and Bastien Bouillon pleasingly embodies the depressed failed novelist Koska.

Beautifully paced and cinematic, The Mystery of Henri Pick is a delightful whodunnit; don’t miss it.