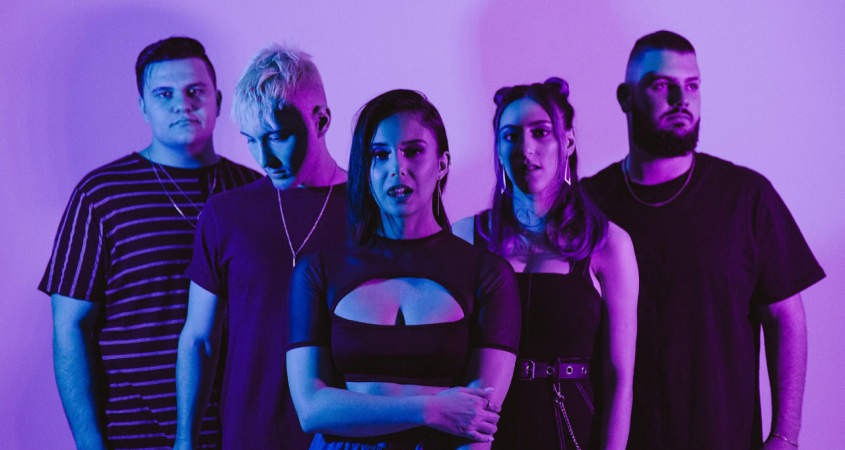 Perth-based TSTY has just released an alt pop-rock track called Broken, taken from their EP Stuck In A Photograph.

As the band has said of the EP, ‘We called the EP Stuck In A Photograph because the last couple of months have felt like time has stood still. It honestly feels like we are stuck as a society and we hope that this EP can bring some meaning and joy to our listeners the same way it does for us’.

I concur with the band’s take on this current climate of lockdown; in some ways it does feel as inescapable as the sealed memory of a photograph. The band’s new single, however, seems to push against that sense of constraint: it’s a convincing attempt at pop-rock allure, featuring a commanding vocal performance from Chezni Watson and equally impassioned performances from the rest of the band: Claudia Calabrese (keyboard/vocals), brothers Reece (guitar/vocals) & Caleb Lenzo (bass) and James Papanaoum (drums)—Broken is a vigorous power-pop ode, with a slight emo bent that never detracts from the vitality of their sound, which is a balanced mix of guitars, keys, synths and blazing vocals.

There are numerous hooks here, the most effective of which resides within the chorus, with its multifaceted melodic structure that emphasises repetition and marries that to a direct lyric.

The band recorded the new song in LA with producer Jon Lundin (Good Charlotte, Sleeping with Sirens, The Faim) and captures the raw energy of their live shows yet also reveals the band’s impressive songwriting skills.

The band is currently co-writing and recording with Michael Bono (protégé of Grammy-nominated producer John Feldmann) who was eager to work with them after witnessing a live performance of the band. As Michael has said, “I’ve been lucky enough to have worked with world-renowned musicians from bands such as 5SOS, Twenty One Pilots, Blink 182, and Fall Out Boy, and when I saw these guys play live, I instantly knew they had something special”.

And that something special is all there in Broken.