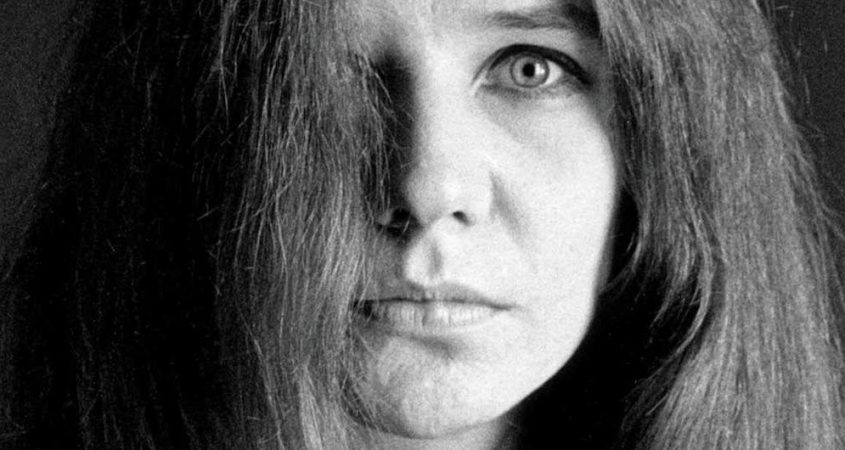 Janis Joplin. If you don’t know her, hit up YouTube, because her voice is one of those things that can’t be translated into print.

Joplin was the female face of Woodstock and the summer of love, a beatnik-cum-hippie who wanted to live like Jack Kerouac, sing the blues like Otis Redding, and hold court among San Francisco long-hairs.

Infamously one of the 27 club, she stands with Jimi Hendrix, Jim Morrison, and Brian Jones; those legends of the ‘60s that died aged 27.

Janis is a pretty dense character portrait, told from up close and extremely personal. As written by George-Warren and remembered by her friends, Joplin had a need for acceptance, and an egalitarian nature, that set her up for damage in the socially conservative, pre-’60s Texas of her high school years.

Mercilessly bullied as a ‘nigger-lover’ for being anti-segregation, it was a warped and erratic Joplin that escaped into music, drugs, and the West Coast. Her adult life was a mess of hard work, self-destruction, ambition, and a black hole craving for love and attention that was never filled by fans, partners, or the occasional reserved hint of parental approval.

George-Warren walks a fine line, not glossing over any of the behaviour that made Joplin a difficult person to be close to, but writing with sympathy and good humour. Joplin on the page is vulnerable, and easy to like, perhaps more accessible than she was in real life.

While it’s a story that’s been told before, George-Warren spent four years gathering new material, going to some trouble to distinguish fact from the mythology around Joplin.

This is no mean feat as Joplin spread half the mythology herself; her habit of spinning exaggerated tales to journalists about her delinquency and troubled family life eventually causing a rift with her parents. It’s with patience and insight that George-Warren unwinds the tales Joplin wrapped around herself.

Janis includes stories and lore from everyone from bandmates to family members and childhood friends. It’s about as complete a picture as you can get from anecdotes and old interviews.

God, I was rooting for Joplin, even knowing how it ends. When she rounded her 27th birthday the 30 pages left were the saddest, slimmest body of prose I ever wanted to be longer. She tried so hard and made it so far and she so nearly got it together at the end. How beautiful and unremarkable it would have been to have her here with Jagger and Cher and McCartney and every other sagging popstar that made it out of the ‘60s and got to live their whole lives. She just wanted to be happy, man.