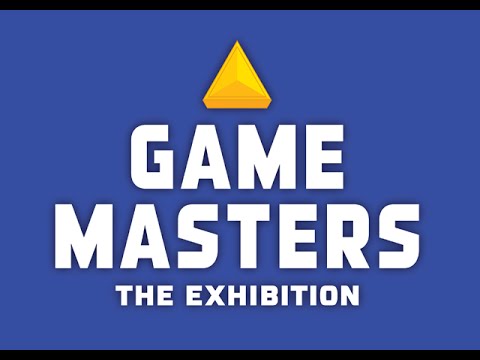 DAMN, am I ever looking forward to this, well… exhibition is what it officially is, but I’d be more inclined to call it a spectacle.

A blessed six-month long showcase of the artistry, influence, and creative genius of the gaming media, achingly displayed over three majors areas, with big industry figure talks, workshops, and – most excitingly of all – over 80 playable games.

Originally curated by the ACMI in 2012, its initial success saw it tour to ten museums around the world, accruing over one million visitors. And now it’s where it belongs; Canberra.

I’m not the only one excited, as Matt Ravier, NFSA’s magnificently titled Chief Experience Officer, told me.

I’m really, really thrilled about it,” he says. “It’s a great export story. I’m not surprised it came from Australia as, working in the museum sector, we have such incredible expertise in the field, and also a thriving video game and design culture. We’re absolutely saying that games are on par with other mediums, and that the creativity is there, as is the cultural significance.”

It’s been updated with a lot of new games, a fresh look, and some Canberra content,” he continues. “If people did manage to catch it in 2012, they’ll still be surprised at this one.”

Speaking on his favourites, Ravier hits upon the heart of the exhibition; it’s more than just a joust of joysticks.

“People who think they don’t like video games fall in love. Luminosity from the UK is one of my favourites,” he regales. “I’m completely hooked on it. It comes out of the UK. You’re this little girl solving puzzles, and the whole world is made out of cardboard, paper, glue… It’s so beautiful and so unexpected. The result is incredible craftsmanship in the old fashioned sense.

“And that’s what we’re trying to do with this exhibition; show the breadth of games that exist; that they can connect with every one of us, even non-gamers. Worldwide, games are bigger than music and films combined. If you’re not a gamer, you don’t see the cultural significance and financial importance of it. Games can be a million different things. Take Florence, an interactive graphic novel, about a young woman falling in love and you help her navigate that relationship. It’s really compelling; it’s stories about people like you and I, and you relate to them in a way that you may not relate to, to… to Donkey Kong!” he laughs.

Indeed, the gaming industry is increasingly attracting top writing, directing, and acting talent, as well as the vivant, where a new game is spoken of in the same revered tones as a new film by Quentin Tarantino.

“Some of these guys are household names, and are bigger than most film stars,” Ravier confirms.

Set to join these lofty ranks are some Canberrans, who are dazzling and delighting the industry.

“One of the Canberra games we’ve added to the show, because it’s so spectacular, is Submerged from Uppercuts Games,” Ravier says. “They’re part of the thriving indie game scene in the Capital. They’ve created a world that’s entirely submerged in water. It’s a beautiful, infinite space to navigate with complete freedom and at your own pace. But with the advent of rising sea levels and global warming, it feels eerily close to home.

“With a lot of subtlety you can tell really topical stories through games as well,” Ravier continues. “So that’s one of my favourites. It’s also a way to showcase some of the incredible talent we have right here in Canberra, that a lot of people aren’t aware of.”

The exhibition also offers an opportunity for those looking at a career in the industry.

“Alongside this exhibition we’re getting both international designers and local talent to talk about their work, for those with a professional curiosity.”

But this is not to say those keen for a waltz down memory lane will be left behind.

“I mention these indie games, but it’s full of all the iconic games we grew up with,” Ravier says. “Your Donkey Kong, and Sonic the Hedgehog, and Pacman. It’s in three section, so we have the arcade section complete with vintage cabinets from the late ‘70s so you can play Space Invaders as if you’re in Stranger Things,” he laughs.

Spectacle aside, what makes the exhibition special is the purpose, the heart, driving it.

“I think a lot of parents and grandparents who are going for their kids to have a blast (quite literally, I pointlessly interject) are going to be amazed by the games that they see. And I think they’re going to find a common ground.

“It’s a show that strays purposely away from the more violent games. We want to be family friendly. We do want to have those robust conversations, and discussions about video games’ place in society, but we want to showcase the creativity, and the artistry, and the ability to address topics in a gentle way; not with guilt trips and bad news, but with really imaginative, positive takes on what an ideal society looks like. And that’s also the power of games; to inspire us to be better people.”

And you can be a better person when the Game Master Exhibition opens at the National Film & Sound Archive on Friday, 27 September (running through to March, 2020). Prices start at $12 ($50 for family pass) and are available from nfsa.gov.au/events/game-masters-exhibition