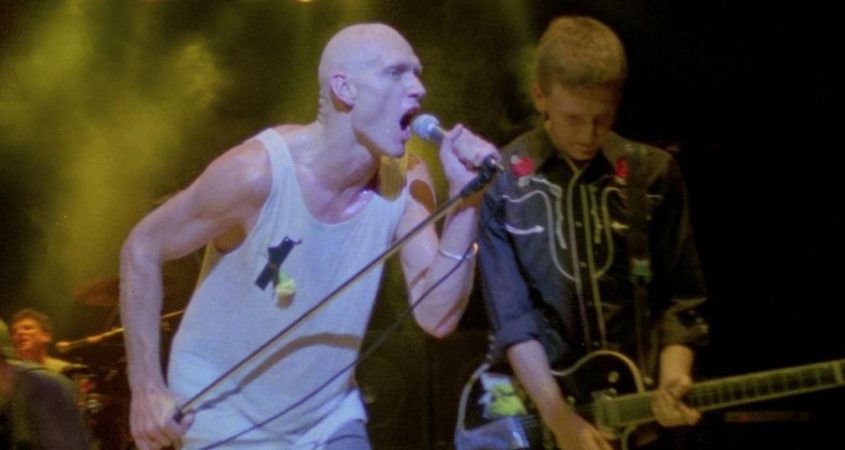 The program will kick off this Friday, 5 April with The Go-Betweens: Right Here (directed by Kriv Stenders) plus a Q&A with the band’s former drummer, Lindy Morrison and violinist, Amanda Brown. Their hit Cattle and Cane was added to the NFSA’s Sounds of Australia registry of culturally, historically, and aesthetically important recordings in 2014.

The following evening – Saturday, 6 April – is a double feature which explores Sydney and Melbourne’s live music scenes, and the ongoing battles against the constant threats to their music culture. A Q&A with the film directors will follow the documentaries.

The second weekend of the program on Friday, 12 April will feature the 2018 documentary Midnight Oil: 1984, which was 30 years in the making and features previously unseen footage of the band on and off the stage. Oil’s guitarist Jim Moginie and film director Ray Argall join us after the film to reflect on the band’s experience and the process of creating the film over the years.

The season will conclude with Gurrumul. Celebrated by audiences at home and abroad, Aboriginal artist Geoffrey Gurrumul Yunupingu was one of the most important and acclaimed voices to ever come out of Australia; his 2008 album was added to the NFSA’s Sounds of Australia in 2018.

Thanks to the lovely folk at Arc Cinema, we have five double passes for each night to give away.

For your chance to win, email allan@bmamag.com and tell him what one of your favourite pieces of filmed Aussie music is.