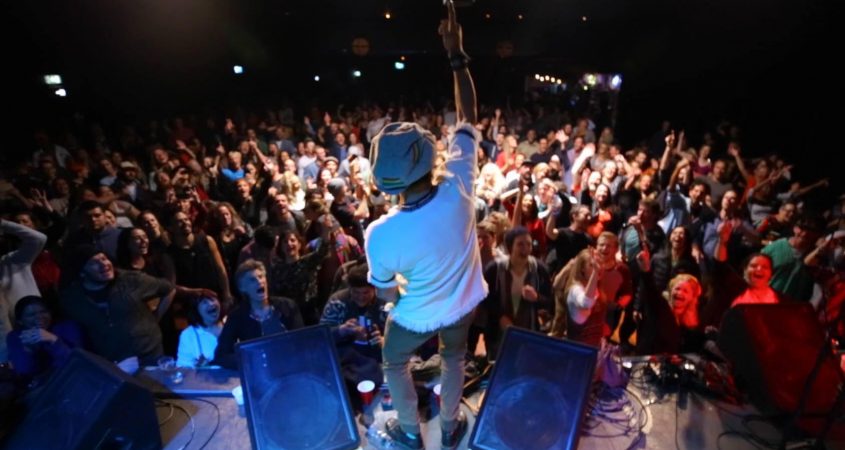 Bomba is best known for his work with John Butler Trio and fronting the award winning Melbourne Ska Orchestra (Best World Music Album at The ARIAS). The man has a lifelong passion for reggae and has made several trips to Jamaica spending time, collecting stories, and soaking up the memories of the greatest Reggae legend the world has known. Nicky has delved into a melting pot of musical influences from across the globe in all of his musical endeavours and just like Mr Robert Nesta Marley is focused on community, unity and the people.The ten-piece One Love is a group consisting of the ever essential heart beat of the bass line, skankin’ guitar riffs, staccato on the keys, and one drop drum beat to create a driving rhythm section. Along with some powerful punch of horns and the sweet harmonies of female backing vocals, the band deliver every element of what makes the recipe of reggae so tasty and irresistible – from all the way back to the rural village of “Nine Miles” Jamaica where Bob began his musical journey.The line up of musicians have lived and breathed reggae, with members having performed with artists such as the original “Wailers”, Katchafire (NZ), Michael Franti (USA), The Beautiful Girls (Australia).One Love have taken the time to carefully select the most diverse range of Marley tracks to create just the right energy – from the most well known hits that invite a sing-along to the more obscure songs that will delight and surprise the die hard fans. Nicky will take his experiences from his many musical journey’s in Jamaica – the audience will hear stories about the songs, personal tales from Bob’s life and how this messenger of peace, love, and unity struck a chord with people across the globe.Thanks to the group, we have a double pass to their show this Saturday, 30 March. For a chance to win, write to allan@bmamag.com and tell him what instrument you’d most like to play in a reggae band.

We Love Canberra Music! May 2020 Playlist