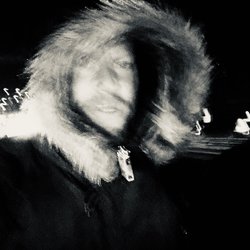 Kris Schroeder from The Basics has just released a new single under the moniker of Jackmann. The song is taken from the forthcoming album Low Key.

The track is a rock flavoured exploration of innocence and a sobering take on what women have to contend with out in the world. The upbeat nature of the song seems to belie the textual content but after a few listens the incessant, pulsing rhythm becomes a complimentary fit.

The narrative arc of the lyric is grittily executed by Kris’ resonant baritone that succeeds in maintaining both its seductive cadences as well as its note of vague apprehension. Or it could just be the contentious subject matter.

However, his Cat Stevens’ like drawl fuses well with the instrumentation and production, creating an earthy, organic wall of sound reminiscent of The Waterboys’ The Whole of the Moon. The rollicking fervour of the piano together with the sledgehammer sway of the drums and bass give the song a desperate edge. And just as those sprinkles of blues guitar weave in and out of the track, as a kind of ulterior modulation to the immovable rhythm section, so too Kris’ voice effortlessly goes from storyteller mode to pleading rasps.

Although the performances are quite restrained there is a menacing energy one can only imagine is achievable via a live band, with all the frailties and imperfections of players, wrestling with their sounds. The song’s arrangement naturally adheres to the requirements of the story, though isn’t stretched to the limit despite the inclusion of three verses. They need to be there. Just as the chorus needed to herald in alternate melodic phrasing, which it does, one that leads into a nice resolve tagging the title.