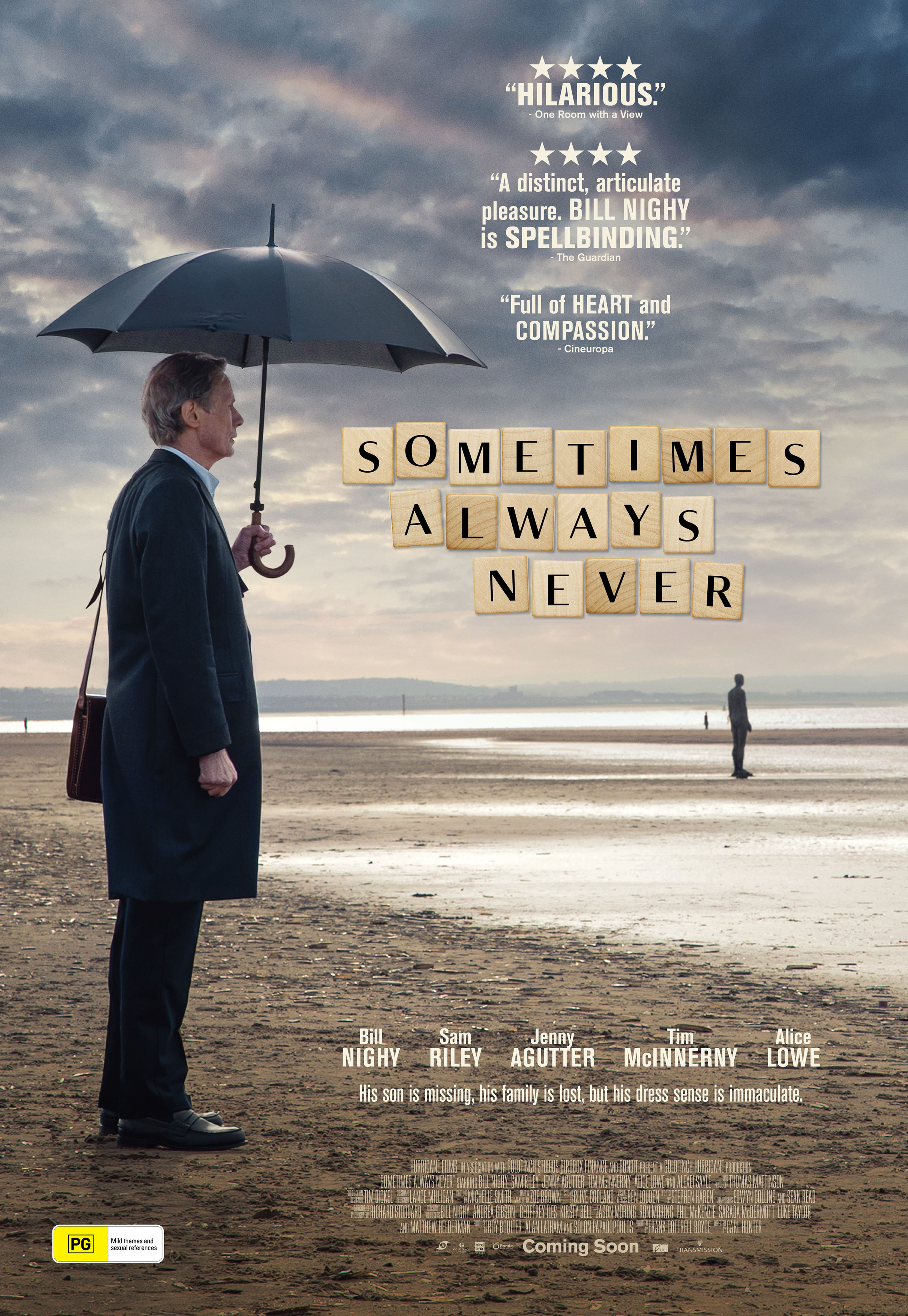 ★★★★ “A distinct, articulate pleasure.” The Guardian

Alan (Bill Nighy) is a stylish tailor with moves as sharp as his suits. He has spent years searching tirelessly for his missing son Michael who stormed out over a game of Scrabble (like you do; that game can get INTENSE).

With a body to identify and his family torn apart, Alan must repair the relationship with his youngest son Peter (Sam Riley) and solve the mystery of an online player who he thinks could be Michael, so he can finally move on and reunite his family.

Working from a witty script by acclaimed screenwriter Frank Cottrell-Boyce (The Railway Man, 24 Hour Party People), director Carl Hunter captures the shifting moods of a family who know plenty of words but struggle to communicate.

Thanks to the spritely folk at Transmission Films, we have ten double passes to give away. For your chance to win, write to allan@bmamag.com and tell him what your favourite word is.

And remember to include your postal address so we can send you the passes!