2018 is in the books you can read my top 7 for the year but I’m gonna put my hand up for the music below as making the year amazing. Doom destroyed the genre this year for me but Bob Harvey of Wretch out at Better Music put me onto Grevious by Convulsing on the weekend and it’s bloody good. Read some words in the top 7 feature for some more details, but here’s my Christmas list as given in my chat with Mark and Jay on Canberra Metalheads the other week (thanks for having me). 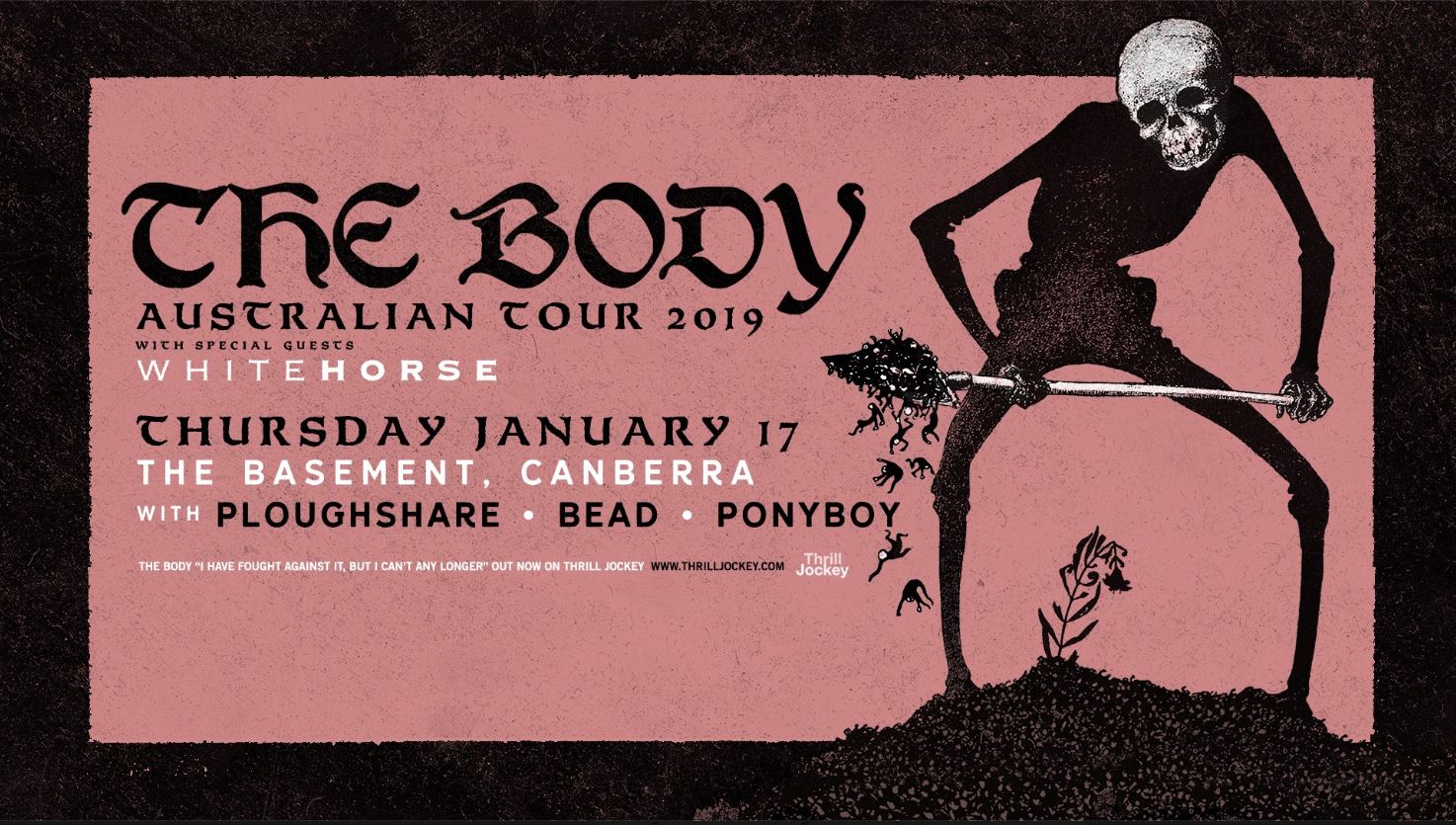 Kicking 2019’s shows off is this absolute bag tearing delight with Providence OH, USA’s own The Body teaming up with Australia’s heaviest doom band Whitehorse and 3 great supports including the intimidating atmosphere’s of Ploughshare, Bead and Ponyboy at the Basement on the 17th of January. This is going to be a ripper.

Old Canberra metal dudes need no more information on the glory of Canada’s Voivod coming to the Basement for the first time since their Eric Frost era performance at Metal for the Brain nearly 20 years ago.

January 24th see’s the band come back with founders Denis “Snake” Belanger (vocals) and Michel “Away” Langevinon (drums) joined by Dominic “Rocky” Larochepulverise (bass) and Daniel “Chewy” Mongrain (guitar). All live video has demonstrated a wonderful distillation of the bands 30+ year career and they sound fantastic.

I’ve had a few conversations recently with people who either have never heard of them or didn’t really get into the tunes they’ve heard. For my money the 1987-89 trilogy of Killing Technology, Dimension Hatross and Nothingface are the quintessential primers and the gateway to the rest of their catalogue and the genius of the much missed founding guitar player Denis “Piggy” D’Armour. Essential show. 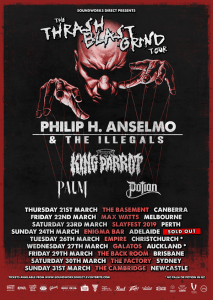 Probably not as much of a relative hard sell is to go see the Thrash, Blast, Grind tour. With a core touring group with two internationals and two brilliant Aussie bands, the fact that the headliner Philip H. Anselmo and the Illegals have been doing 50/50 sets of originals and Pantera is going to see sell outs the country over. That King Parrot are on board is of course expected, but the addition of Japan’s wonderful Palm and Sydney doom lords Potion is a wonderful dose of musical diversity. Canberra is first cab off the rank with the Basement playing host on the 21st of March and I reckon you should probably get a ticket for Christmas if you wana go cause they wont last long.