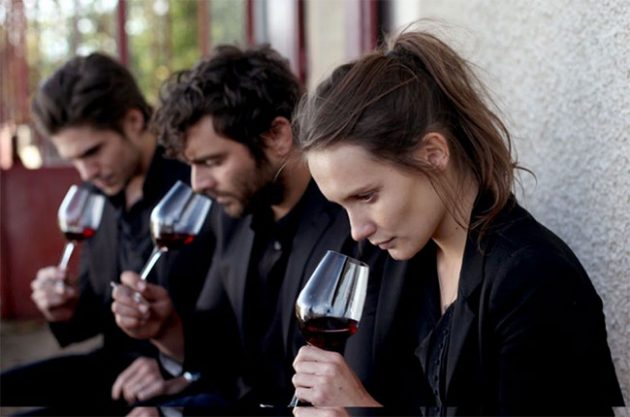 Back to Burgundy follows the unfolding relationship between a young man, Jean (Pio Marmaï, The First Day of the Rest of Your Life), and his sister, Juliette (Ana Girardot, Knock), and brother, Jérémie (François Civil, Molière), when, after ten years away, Jean returns without warning because their father is on his deathbed. It is also the time of the year for the harvest of the wine grapes on the family’s vineyard.

With their father no longer in control, Juliette becomes responsible for the year’s harvest and wine-making, a responsibility she has spent a lifetime preparing for but that nonetheless daunts her in several ways. Jean and Jérémie work alongside their sister, harvesting the grapes and standing behind her when she needs to deal with some of the vicissitudes of itinerant workers.

Once the grapes are in, Jean – a gifted viticulturist himself – helps his sister find the courage to make the wine she envisions rather than the safe vintage that would be their father’s choice, thus setting her on her path linking past and future, in her own way.

Jérémie, never as gifted as his brother and sister at winemaking but nonetheless loyal to his family’s heritage and his siblings, must also find his way to become his own man as well as the husband and father his wife and child need.

Jean’s love for the place and people is gradually rekindled and reinforced by his and Juliette’s joint feeling for the winemaking. But Jean is at a personal crossroads, made all the more potent when their father dies and leaves the property to all three children jointly. Still uncertain of the depth of his attachment to the place of his birth, Jean is at the same time growing increasingly uncertain of his welcome back to his spouse, living on their own vineyard in distant Australia. And in order to continue to afford his mortgage in Australia, Jean is tempted to sell his family’s land, which would break Juliette’s and Jérémie’s hearts.

Marmaï, Girardot, and Civil convey flawlessly what their characters really feel. The siblings’ historic hurts are carried into the present. But no degree of hurt is sufficient to destroy their lifelong love for one another, and eventually understanding, acceptance, and forgiveness bring their healing reward.

A beautifully controlled soundscape and well-matched score add to the film’s lush vistages, and the pace allows the viewer to experience both the calm that being in such a place allows in the heart and mind and the additional tensions arising from pressures in each of the siblings’ lives: the need to time the grape harvest to the day; the demands on Jean to return, or not, to Australia; and the necessity for Jérémie to escape his controlling in-laws.

There are a number of other important characters in this film, and special mention goes to Jean-Marc Roulot (Diplomacy), who delivers a warm, understated performance as the family’s closest assistant, Marcel.

This film, so filled with subtle moments and transformations, is a delight. You won’t regret your time with this family in its vineyard in Burgundy.