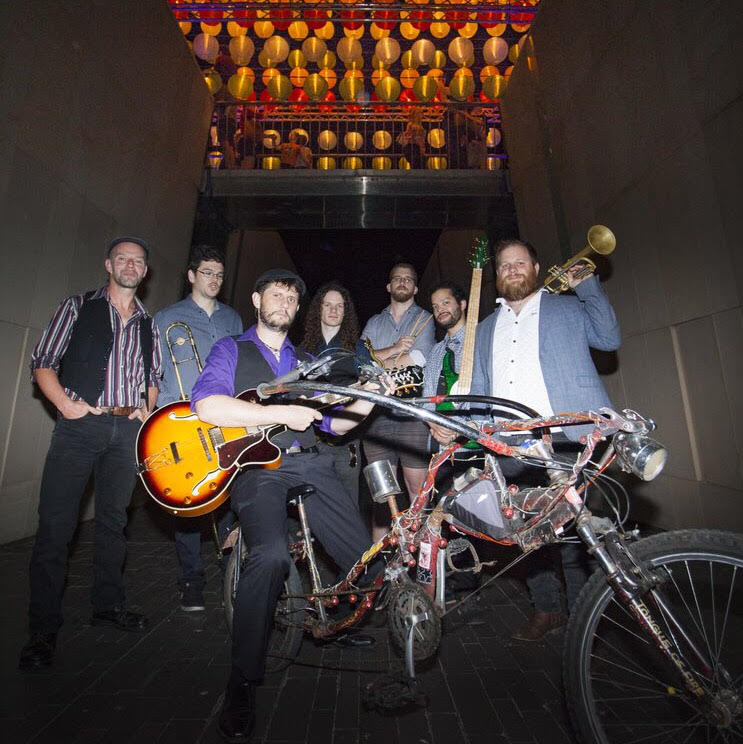 Those East Row Rabz catz are back, utilising their seven-piece musical might for an upbeat yet beautifully sentimental song dedicated to a beloved industry character who is no longer with us (except in spirit, of course).

East Row Rabble delivers a slick mix of funk, ska, blues and soul with heavenly horn lines that will get your booty shaking​ and your feet shuffling. Addressing a mixture of world issues and daily curiosities, local legend Ben Drysdale’s songs explore the many, varied and often conflicting elements of any situation with honesty, hope, and a little cheekiness.

One for the Kokonut is the third release of Canberra’s eclectic funk collective East Row Rabble. The Rabble will be releasing this track exclusively via Triple J Unearthed on the 23rd of March and doing a launch tour with gigs in Sydney, Rural NSW and Canberra to celebrate.

Rabble lead singer, Ben Drysdale, wrote One for the Kokonut as a tribute to a dear friend, Alison, who sadly passed from Breast Cancer at the young age of 29. Drysdale and Alison Colclough, who he endearingly referred to as Ali Koko, travelled up and down the coast of Australia going to festivals, dancing with gypsies, drinking cheap wine on beaches and loving life. One for the Kokonut celebrates good times with good friends through a groovy, funk-pop rhythm, heartfelt lyrics and reggae breakdowns.

We lived the good life, strolled the sandy shores

We drank that cheap wine, because that way we could have more

And then we laughed until it hurt

You can check out the single on triple j’s Unearthed – https://www.triplejunearthed.com/artist/east-row-rabble

The Rabble will be launching the single in Sydney at Create or Die artist studio in Marrickville on Saturday on the 24th of March along with Marrickville locals, Brother Brad, and will then pass through Goolibri (NSW) for a show on April 7 before returning to Canberra for a release show at The Old Canberra in on April 14.