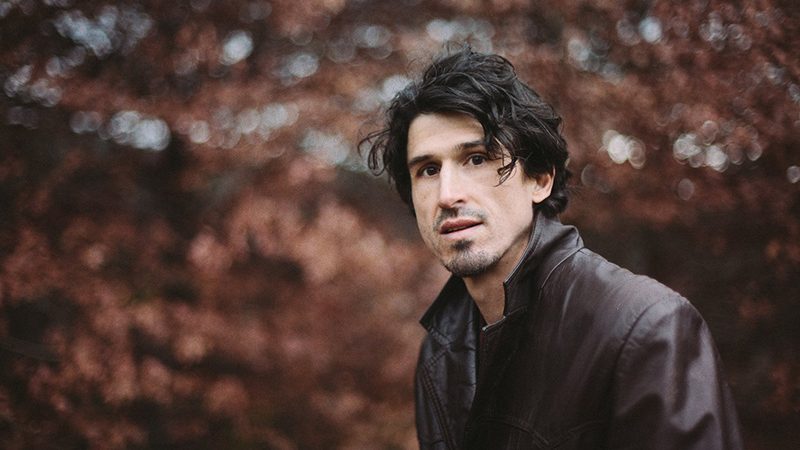 Melbourne based singer-songwriter and guitarist JED ROWE creates wonderful songs of elegance and emotion that traverse the blues, alt-country and folk boundaries. BMA caught up with Rowe, who also teaches guitar to primary aged students, as he was about to embark on a tour to promote his fourth long player A Foreign Country.

Rowe’s earlier album The Ember and the Afterglow carried a bushman vibe, while his most recent release The Last Day of Winter embraced a broader range of styles. Asked how A Foreign Country compared with these stylistically Rowe said, “It is more of a solo oriented record. I was finding that at gigs people would ask which of my albums was closest to what they’ve just heard, performing with guitar and voice, and I didn’t really have that album. So, I set out to make that album, with a bit of storytelling, with some folk stuff, a country thread and some songs with an eastern musical flavor as well.”

Rowe was inspired by listening to Indian music, and found that sound could be captured with the slide guitar, which enables the playing of the quarter tones and notes between notes that Indian music includes. “It’s a great sound, I love that stuff.”

There was a hint of Americana in some terminology in the lyrics of his last record but, despite its title, A Foreign Country has an Australian focus. “I was doing a lot of touring in Australia between finishing the last record and writing this one, and a lot of the songs came about on long drives between gigs and States. Lots of little towns in South Australia and regional NSW pop up in the songs.”

The track ‘Tailem Bend’ was inspired by an abandoned sandstone house, with rabbit holes and a collapsing roof. “I like old buildings and they get me imagining what kind of people once lived there and what their lives might have been like.”

Rowe finished his songwriting while touring in Germany. “I had all these half-finished song ideas I was kicking around,” he says. “So when I had downtime in hotels, I worked to finish off these songs. Touring in general frees up your perspective. If you are surrounded by your day-to-day all the time, it can be hard to see outside your own little world.”

Rowe’s album was again laid down at the home studio of Jeff Lang, who also co-produced and mixed the record. While he had considered going elsewhere for a change, Rowe found that he was ready to dive in and record while the songs were fresh in his mind, and Lang’s studio provided a ready-made, one stop solution. “I have a really good working relationship with Jeff. He’s always got really good ideas for supporting guitar parts and other instruments.”

Jed Rowe, supported by Emma Dryden and Wayne Kelly, plays at Smith’s Alternative at 9pm on Thursday August 31. Tickets a steal at $10 through smithsalternative.com.