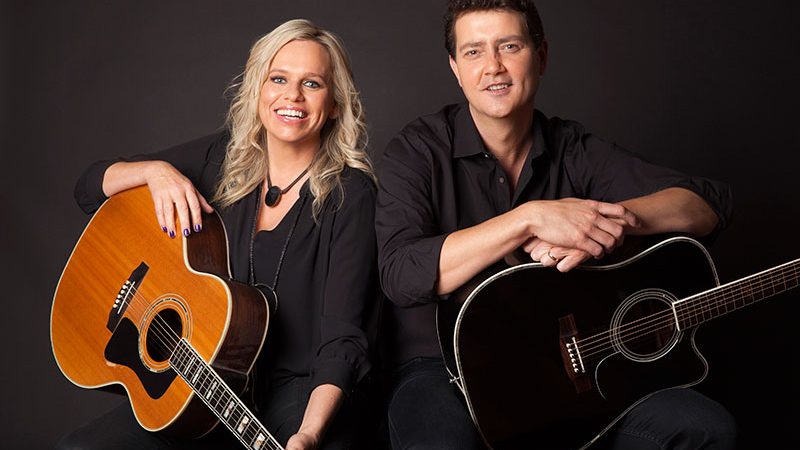 This album and tour follows the original 2013 release of The Great Country Songbook album and tour, by Harvey and his good friend and multi-award-winning artist, Troy Cassar-Daley. The album is accredited platinum sales and continues to receive immense airplay and recognition. The Great Country Songbook Volume II, includes special guest recordings with Cassar-Daley on two tracks.

With Harvey and Cole joining forces once more, Canberra fans will see there is something very compelling with these two vibrant performers. They have proven to be a hit with live audiences having toured the country nationally nine times since they first teamed up almost 20 years ago.

“With Adam’s and my own humour we manage to bounce off each other and have a lot of fun.”

The Great Country Songbook Volume II Tour will see them performing classic country music duets from the album that the pair have handpicked. Together they have brought back some of the most famous country combinations of all time; classic duets recorded by Johnny Cash and June Carter, George Jones and Tammy Wynette, Conway Twitty and Loretta Lynn and Kenny Rogers and his many duet partners, including Dolly Parton of course!

Audiences can look forward to ‘Jackson’, ‘Don’t Fall In Love With A Dreamer’, ‘It Ain’t Me Babe’, ‘If I Needed You’, ‘Anyone Who Isn’t Me Tonight’ and Harvey and Cole’s personal favourite ‘You’re The Reason Our Kids Are Ugly’.

When asking Cole why ‘You’re The Reason Our Kids Are Ugly’, was a favourite she replied, “I love it, it’s a terrible country song title but with Adam’s and my own humour we manage to bounce off each other and have a lot of fun with it and somehow we just pull it off.”

Cole, also a huge Dolly Parton fan having met her three times, is looking forward to entertaining the audience along with Harvey, singing classics like ‘Islands In The Stream’, originally performed by Dolly Parton and Kenny Rogers. It’s not the first time they’ve sung the song together, but it’s the first time they’ve recorded it. Cole said, “I like our version and I think it’s kinda cool.”

I asked her what the main difference is with this tour compared to other tours she and Harvey have performed in the past. Cole replied, “Instead of being challenged to sing each other’s songs and having to create our own individual comedy act, we get to share the spotlight together singing beautiful classics and we’re able to bounce off each other with the humour and have a ball doing it.”

The Great Country Songbook Volume II Tour brings together two of Australia’s most engaging entertainers onstage for two unforgettable hours as they bring you their versions of the greats, delivered with high energy and a few laughs in true Adam Harvey and Beccy Cole style. This is one show you won’t want to miss!

Liked it? Take a second to support Judy Schulz on Patreon!

Support Judy Schulz on Patreon!
7% complete
When we reach $500 per month we will begin the official BMA Podcast. This will include interviews with some well-known musicians and artists, tips and tricks for publishing in print and online, as well as other discussion topics around Bands, Music and Arts in Canberra!