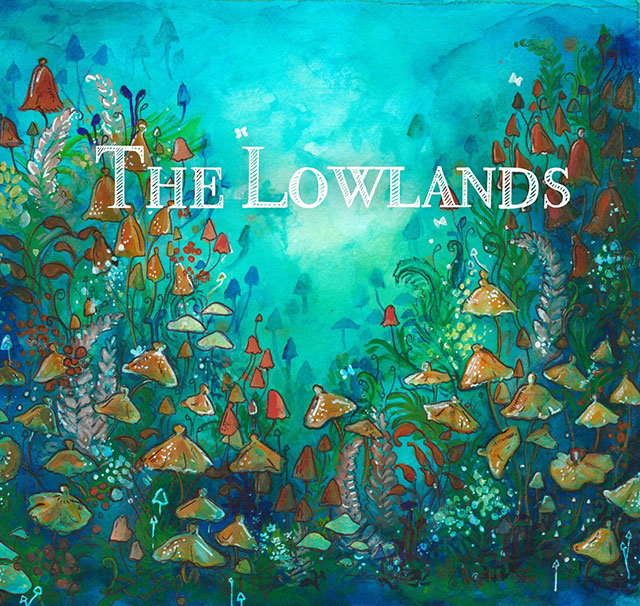 The project of locals Ella Hunt, Joel Davy and Sammy O’Brien, The Lowlands bear a sound that’s as swamped in folk as it is bleeding with jazz and blues. The blend of Davy’s crooning cello with O’Brien’s jazz percussion and Hunt’s sombre vocals conjure a world that’s half Canberra and its surrounds, and another half something uncanny and unsettling.

The 20-minute EP was recorded at Harvest Recordings in the Kangaroo Valley, about 35km from Berry, NSW. Bringing the project together in an off-the-beat-track locale works enchantingly in its favour; this EP is hardened by the Australian bushland and the result is that the listener can taste the wood that the band’s instruments are built from. It’s remarkably easy to lose oneself in The Lowlands’ sonic portraits of lost souls wandering the lonely Australian wilderness.

In one of our previous issues, we described The Lowlands as “the musical equivalent of a hug”. That’s especially true for ‘Leila’, the EP’s soft-spoken jazz-folk opener. Its tempo change mid-song brings the listener in close, empathising with their desperation to belong somewhere. Similarly, ‘Mama’ embraces the listener through blues. Alongside O’Brien’s pounding drums, Hunt’s voice soars to a great crescendo as she sings, “Mama, I ain’t going down with you / Mama, don’t go the way of your man from you”.

‘Release Me’ is a personal standout. A song about children in detention centres, Hunt pleads compassion from the listener, “Little lips they move apart / And for the thousandth time pray to the stars / Release me”. Shaded in blues and Davy’s bleak mid-song cello solo, it carries itself tirelessly and hopelessly. Like the rest of the EP, it’s equally impactful, intimate and harrowing.