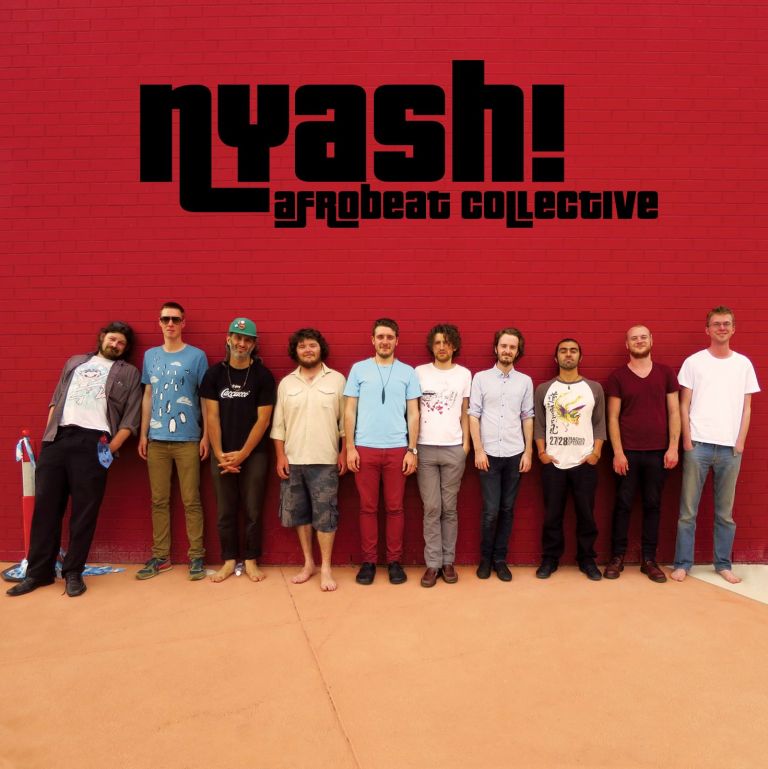 Originally formed in 2012 by Nicholas Combe and Simon Milman – two stalwarts of the local jazz and reggae scene in Canberra – the band recorded their debut EP in the same year and played around the ACT and South Coast before both Nicholas and Simon moved overseas – one to Jogyakarta and one to Buenos Aires. 7 years later and back in their hometown – the band has reformed with original members and some great new additions.

This NYASH! V.2 is blessed with the musical wizardry of members of Zambezi Sounds, Los Chavos, Dub Dub Goose, Dubba Rukki and The Ellis Collective – From West Belconnen to West Africa and beyond, this musical collective will keep your nyash shaking!