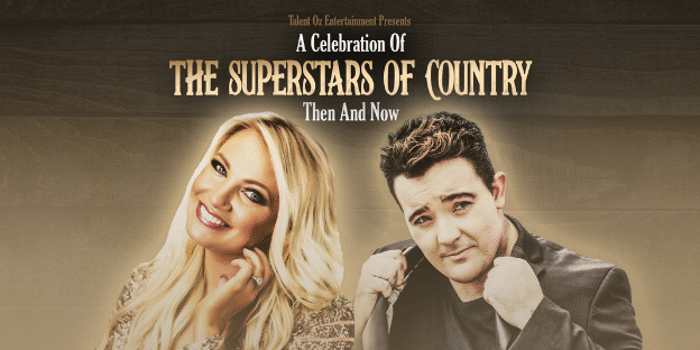 Two of Australia’s most popular and loved singing stars, Hayley Jensen and Jason Owen, come together for the first time in a spectacular new 2 hour showcase, featuring songs from the biggest country music superstars of our time, both then and now, as well as performing hit songs for their own successful, multi-award winning careers.

The first half of the show will feature the most popular songs as performed by the legends of country music, including: Dolly Parton, John Denver, Patsy Cline, Linda Ronstadt and Willie Nelson, just to name a few. In this part of the show, Jensen and Owen will also honour our very own Australian country music great, Slim Dusty.

After intermission, set two will open with a bang! Shining a spotlight on some of the most loved modern country superstars of today, such as: Shania Twain, Carrie Underwood, Lady Antebellum, Garth Brooks and Keith Urban.

The show will feature a tasteful mix of ballads and up-tempo numbers, solos, medleys and moving duets, all arranged especially for The Superstars of Country: Then & Now, backed by some of Australia’s finest musicians.