Created and performed by Michaela Burger [vocals] and Greg Wain [guitar], Exposing Edith is a stunning mix of authentic French chanson and contemporary sounds. Having explored the undertones of Piaf’s vocals and lyrics, Burger and Wain have created their own unique interpretations of Piaf’s work, using voice and acoustic guitar and the subtle use of loop, delay and effect pedals.

The songs are punctuated with a collection of extraordinary stories of Piaf’s life which are recounted by Burger, who also takes on a multitude of key characters, from Edith’s half-sister to Edith Piaf herself.

“The audience could have been listening to the ‘Little Sparrow’ herself! – ★★★★★ Daily Business Group, UK

“A blazing life force…Melbourne has hosted some outstanding portraits of great singers — Exposing Edith is there with the best.” – The Age 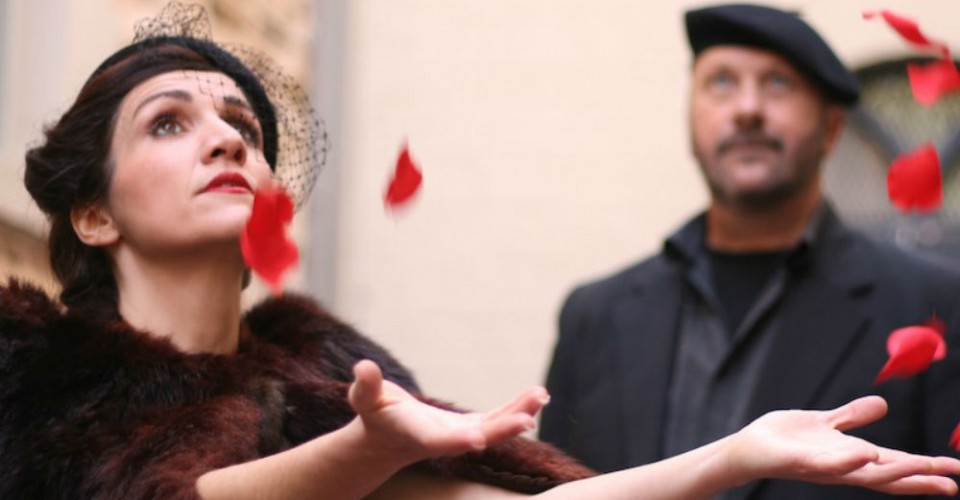