Two of Australia’s most revered rock ’n’ roll bands have decided to join up in a national tour de force in August–September 2019 in a run of shows aptly titled “Off The Chain”. The Screaming Jets and Rose Tattoo will bring their unique firebrand of hard rock together in a once-only collaboration, for eight shows only.

Continuing the celebration of its “Dirty Thirty” 30th Anniversary in 2019, this run with Rose Tattoo will be the last big tour for the Jets for 2019 before work starts on the next originals album, due for release in 2020.

The Screaming Jets has long been known as the last great Aussie rock band, and The Tatts has held the “rock ’n’ roll outlaw” moniker since its inception in 1976. Both bands are known for their explosive and sometimes controversial live shows.

Opening on all dates will be hard rock, blues, soul band CHILD. 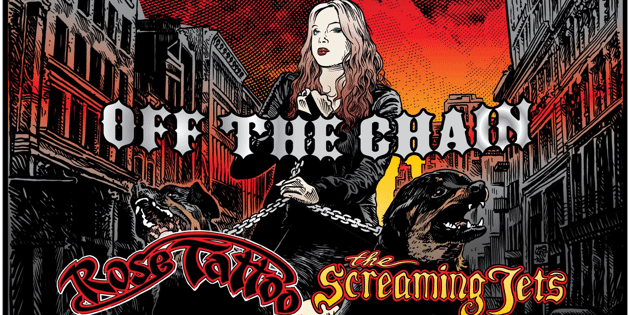