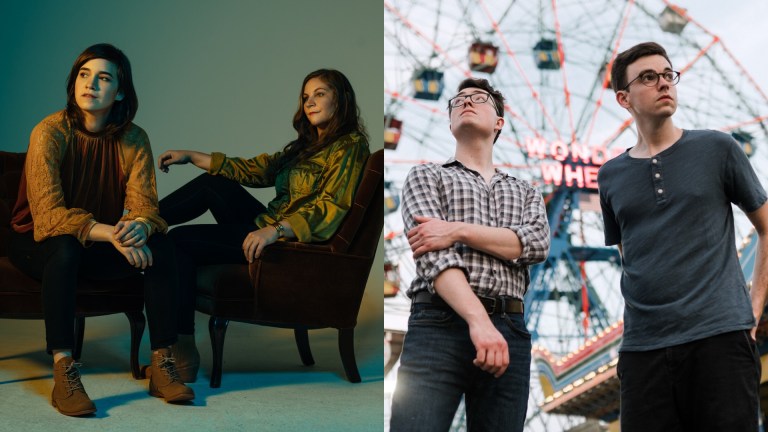 The Other Favorites is the long time duo project of Carson McKee and Josh Turner. Perhaps best known for their performances on YouTube, which have garnered millions of views. The Other Favorites are now based out of Brooklyn, NY. Together, Turner and McKee bring their shared influences of folk, bluegrass and classic rock into a modern framework; one distinguished by incisive songwriting, virtuosic guitar work and tight two-part harmony.

Reina del Cid is a singer songwriter and leader of the eponymous folk rock band based in Minnesota. Her song-a-week video series, Sunday Mornings with Reina del Cid, has amassed 38 million views on YouTube and collected a diverse following made up of everyone from jamheads to college students to white-haired intelligentsia. In 2011 she began collaborating with Toni Lindgren, who is the lead guitarist on all three of Del Cid’s albums, as well as a frequent and much beloved guest on the Sunday Morning videos. The two have adapted their sometimes hard-hitting rock ballads and catchy pop riffs into a special acoustic duo set.