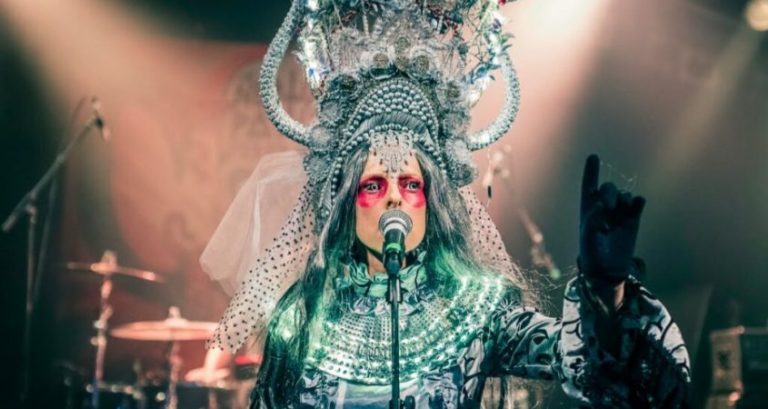 Come check out the Amazing The Neptune Power Federation as they launch their Fantastic new album ‘Memoirs Of a Rat Queen’. Also boarding this flight in preparation for the release of their Debut album will be Pilots Of Baalbek with Charlotte & The Harlots kicking off the gig at 9pm.

As our own Metalise columnist Josh Nixon put it in his review of Memoirs Of a Rat Queen (which you can read in full here):

“…if you haven’t seen the band live yet, you’ll not appreciate how just nut balls amazing they’ve become in terms of presentation over that time.

The key to this is not in the blokes, who are awesome and on fire on this record, but the world class talent of vocalist, and for the sake of formalities of the review her majesty’s full official title, The Imperial Princess, Screaming Loz Such (TIPSLS hereon).

TIPSLS has the best stage wear of pretty much any performer ever, such that should TIPSLS choose to perform in a box in the dark on the side of stage her vocals would still command fealty from all in her imperial presence.”