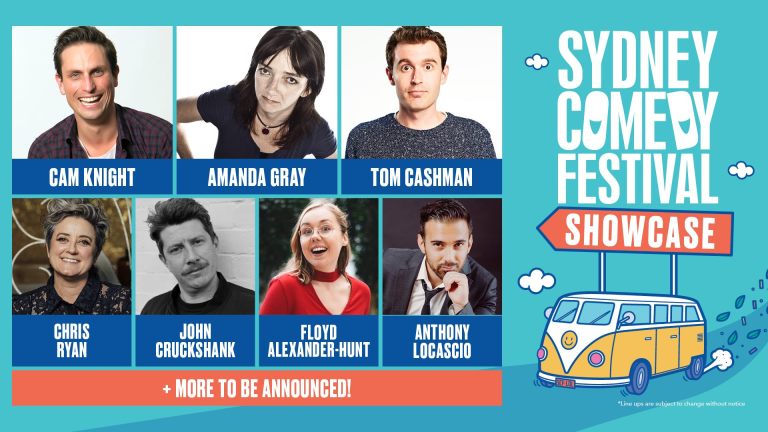 The Sydney Comedy Festival Showcase Tour will be tearing up the freeways of Australia. Boasting a line-up of Festival favourites and some of the freshest emerging talents, this jam-packed night of pure entertainment is bringing the best of the fest direct to you!

Cam Knight: Will have the audience wrapped around his finger with his wickedly absurd flights of fancy

Chris Ryan: Unapologetic and ruthlessly clever, winner of the 2019 Best Newcomer at the Sydney Comedy Festival

John Cruckshank: The laidback king of deadpan who is a masterful observer of the everyday and every other day

Floyd-Alexander Hunt: New kid on the block and violin virtuoso, rapidly rising through the ranks

+ MORE TO BE ANNOUNCED!