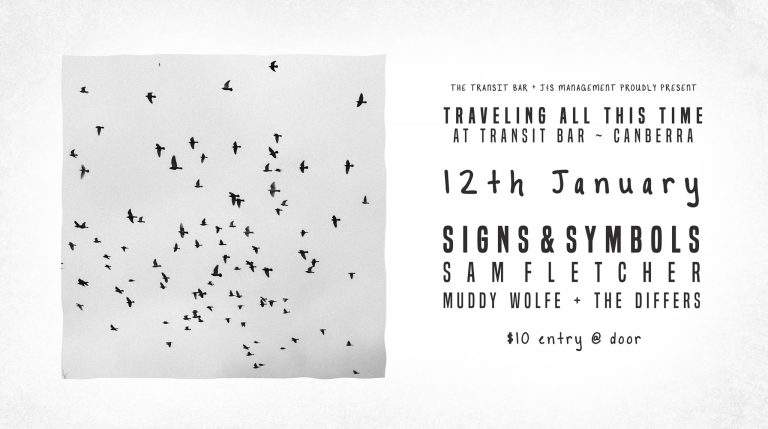 Canberra alt rockers Signs & Symbols have been playing music together since high school and have released three incredible records to date, including their 2019 sophomore album Counting in Colours. Describing themselves as ‘friends trapped in a love square coated in the stank of loud noise’, the band produce a sound likened to acts like the Foo Fighters, Powderfinger and Arctic Monkeys. Recently having supporting major acts like Hands Like Houses, Signs & Symbols are in the middle of a major comeback after being on hiatus following their acclaimed 2017 debut album Static In The Attic.

Indie folk and classic/alternative rock performed with a laid-back thoughtful air is the signature sound of South Coast NSW singer/songwriter Sam Fletcher. His rock songs draw inspiration from bands such as The Rolling Stones with the final product being reminiscent of Australian acts like Jebediah. He’s recently released new singles On The Road and Now or Never in the leadup to his debut EP. He will be dropping a new track ‘Travelling All This Time’ ahead of his highly anticipated summer tour. With a full band behind him, Sam won’t be holding back for his first appearance at Transit Bar Canberra.

Formed in October 2018, The Differs are a rock trio making their name in the Canberra music scene. With influences such as Fleetwood Mac and Joan Jett, to Carseat Headrest and Bon Iver, the band’s goal is to bring back the classic style of the 1970s. Expect an incredible show with crunchy guitar riffs and catchy bass lines set to engage your ears when The Differs take the stage.