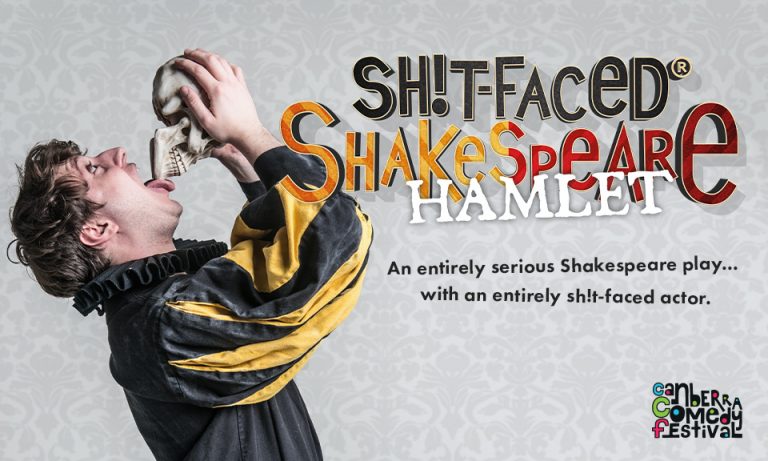 Edinburgh Fringe sell-out show 2015, 2016, 2017, 2018 & 2019.
This hilarious, sell-out, award winning, smash-hit show has already sold over half a million tickets worldwide and premieres at Canberra Theatre to help you enjoy Shakespeare responsibly.
Shit-Faced Shakespeare is the hilarious blend of an entirely serious Shakespeare play with an entirely shit-faced actor. What could possibly go right? With a genuinely inebriated cast member chosen each night, no two shows are ever the same in this raucous, riotous, rampage through Shakespeare’s greatest tragedy: Hamlet.

★★★★★ “No-holds-barred ecstasy” Broadway Baby
★★★★★ “Hilarious” The Advertiser
★★★★ “A hilarious, laugh-a-minute riot” The Clothesline
★★★★ “Left me with a sore throat and severe stomach pain from laughing. A must see!” BingeFringe