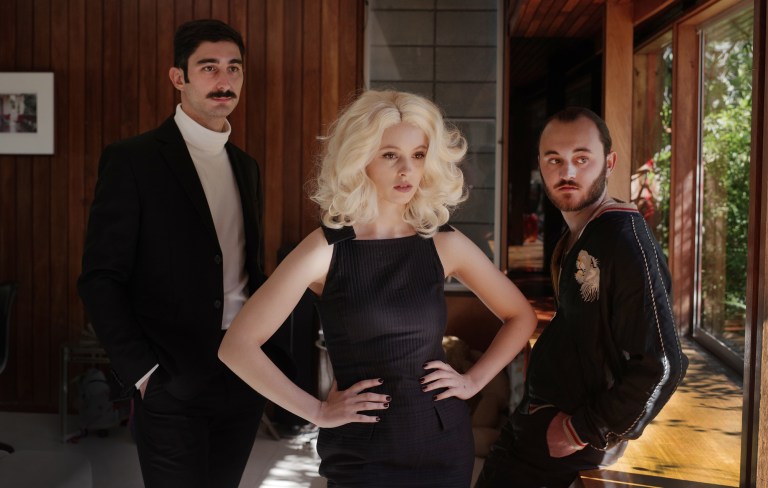 “Australia! The time has come for us to finally take our album, Between You and Me, out on the road. We are beyond excited to play these songs for you along with a very exciting new live show that we’ve been working on. Joining us will be very special guest Jaguar Jonze for all dates.” SC x

There’s no holding San Cisco back! They’re bursting to tell everyone the news they are hitting the road and beyond excited to perform their new songs from their Top 5 ARIA album ‘Between You and Me’. After a successful SOLD OUT 14 date run in their home state of WA, San Cisco are finally ready to bring their new live band, show and production to the rest of Australia for their first national tour since 2019.

Emerging artist Jaguar Jonze will open the evening at each show.

Set to an upbeat indie-pop groove on the cusp of innocence and heartbreak, this is where San Cisco lives. ‘Awkward’. ‘Too Much Time Together’. ‘About You’. Lovesick calls gone to voicemail and endless pondering of what went wrong.

‘Between You and Me’ is the fourth album by the indie trio from Fremantle released in late 2020. It was an album two years and at least one sadly remembered love affair in the making. Featuring leading singles ‘When I Dream’, ‘Skin’, festival anthem ‘Reasons’ and ‘On The Line’, it’s clear that the Hottest 100-heavy record ‘Between You and Me’ tells a widescreen story of loss and letting go.

San Cisco’s ‘Between You and Me’ national tour with special guest Jaguar Jonze goes on sale this Friday 10 April at 9am EST. Fans signed up to sancisco.com will have the chance to pre-order limited tickets from Thursday 8 April at 9am EST.

SAN CISCO ‘BETWEEN YOU AND ME’ NATIONAL TOUR

“‘Between You And Me’ is a straight-up sublime meditation on San Cisco’s love for each other, their fans and life itself, and is mandatory listening to soothe the soul”
– Life Without Andy

“You’ll want to add Between You And Me to your work, home and car playlists asap”
– RUSSH

“‘Between You And Me’ isn’t just a fourth album in numerical terms; it genuinely feels like the product of a band over a decade in the making”
– NME