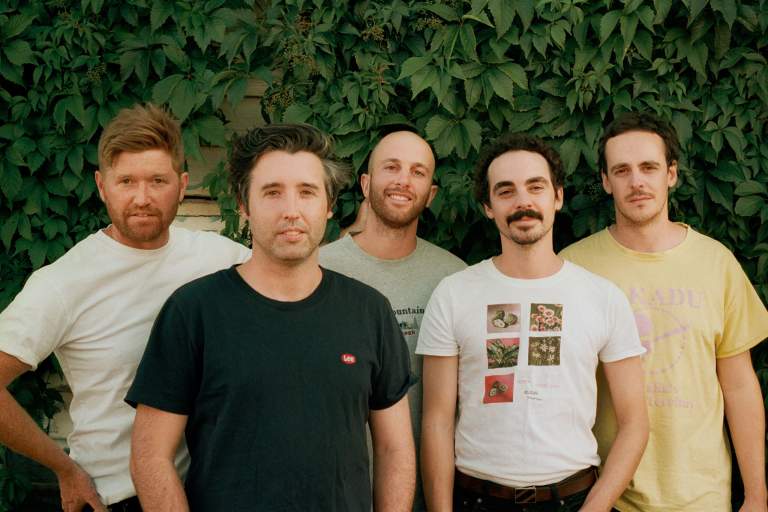 Frontier Touring is thrilled to announce that Australian guitar-pop five-piece Rolling Blackouts Coastal Fever will be touring Australia in April and May 2021 for their biggest headline performances to date.

The band will perform to audiences at Adelaide’s The Gov on Friday 16 April, Hobart’s Altar on Saturday 17 April, Brisbane’s The Tivoli on Friday 30 April, Fremantle’s Freo Social on Saturday 1 May, Melbourne’s Forum on Friday 14 May, Sydney’s Factory Theatre on Friday 21 May and close out the tour with a show at Canberra’s ANU on Saturday 22 May.

The group will be supported by a number of local acts around the country, with 21-year old singer-songwriter Jess Day and The Beatles Tribute Band taking the stage in Adelaide, four-piece pop-rock group Special Guests appearing in Hobart, plus three-piece experiential rock group Blank Realm and post-punk solo artist RINSE opening the show in Brisbane. Joining the band in Fremantle is R&B, Afrobeat singer songwriter Adrian Dzvuke and garage-folk soloist Nika Mo, followed by queer-pop soloist Elizabeth and post-punk outfit Pinch Points in Melbourne and supporting the band in both Sydney and Canberra will be pop-rock soloist Hayley Mary and bedroom pop project Solo Career.

2020 saw the release of the group’s second studio album Sideways To New Italy, which debuted at #4 on the ARIA Album Chart, #1 on the ARIA Australian Album Chart, #1 on the ARIA Vinyl Album Chart and #2 on the ARIA Physical Album Chart. The album features fan favourites ‘Cars In Space’, ‘She’s There’, ‘Falling Thunder’ and ‘Cameo’ and has garnered praise by critics across the board, receiving a 4.5 star review from Sydney Morning Herald and 4 star reviews from The Guardian, Rolling Stone Australia, Q Magazine, The Music and NME Australia who declared that ‘…lyrically, Rolling Blackouts C.F have gone high-concept.’

Don’t miss your chance to see the group perform back on Australian stages.