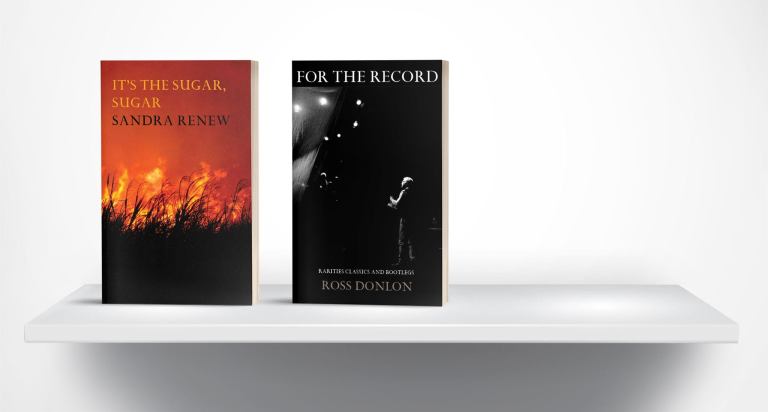 As part of the That Poetry Thing readings in Canberra, join us at Smith’s Alternative for the launch of two new Recent Work titles:
For the Record by Ross Donlon In his teens, Ross Donlon had poems published in The Bulletin, Australia’s iconic journal, and in 1965, the literary editor predicted ‘an exciting future’ for the young poet. Donlon’s next poem was published thirty-three years later. In a ‘second budding’ he has had many poems published across Australia and overseas and read at festivals both at home and in Europe. For the Record charts his journey as a poet over five decades, including the Bulletin poems, and the later dark and comic poems for which he has become well-known.

It’s the Sugar, Sugar by Sandra Renew These poems move freely in time from the 1950s to the present day, from the contemporary to memoir, from gender politics to bushfires and floods. They show you jeeps, trucks, girlfriends and cane-cutters, widgies, Singer sewing machines, tattoos and rats and class grudges. Sandra Renew uses a range of traditional poetry forms to lay bare some of the gaping fault-lines of gender relations especially as they are experienced by LGBTIQ communities.

Live Event: Due to ongoing Covid restrictions, attendees should book tickets with Smith’s at the link below.

Open Mic: Limited to 10 poets reading for 3 mins each. Spaces can be reserved on the night, or pre-booked by emailing contact@recentworkpress.com