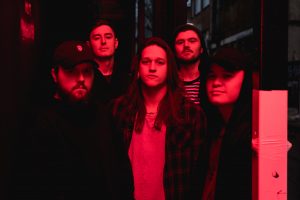 Polaris are a South-Sydney five-piece metal core band who have had a huge 12 months. One of 2017’s most anticipated heavy releases, Polaris’ debut album, The Mortal Coil stunned audiences and critics upon its release in November, landing at #6 on the ARIA Album Charts and #1 on the Independent Albums Chart, scoring a Triple J Feature Album – surpassing the already high expectations around the band set by 2016 EP, The Guilt & The Grief and its impressive touring cycle, which had seen Polaris gain a reputation as one of Australia’s most invigorating live heavy acts. The album was praised by critics world-wide.

Liked it? Take a second to support Nicola Sheville on Patreon!

Support Nicola Sheville on Patreon!
9% complete
When we reach $500 per month we will begin the official BMA Podcast. This will include interviews with some well-known musicians and artists, tips and tricks for publishing in print and online, as well as other discussion topics around Bands, Music and Arts in Canberra!