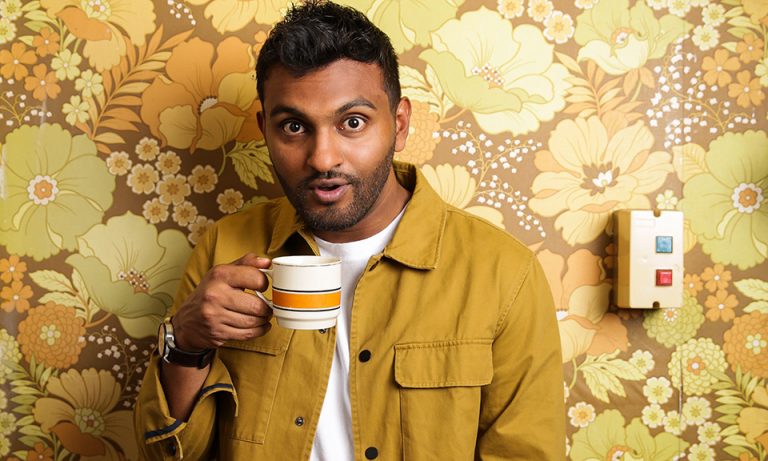 After a massive sell-out season across Australia in 2019, Nazeem returns with his sixth solo stand up show ‘Hussain That?’

It’s been a huge few years for Nazeem. You’d have seen his face pop up on Channel 7 in his own sketch series Orange Is The New Brown, or on his Netflix half-hour special, or perhaps you saw him on The Masked Singerafter which he became BFFs with Lindsay Lohan. Or maybe you took a selfie with Nazeem, literally as he was getting caught fare evading on public transport. What a tight ass.

Whatever the case, don’t miss your chance to see Nazeem do what he does best and loves most.

Selling out shows across Australia, New Zealand, Edinburgh, London, China, Malaysia, Montreal and even Sri Lanka, Nazeem is a comedian at the top of his game. Twice nominated for a Helpmann Award for Best Comedy Performer, and twice winning an Australian Writers’ Guild award for Best Sketch Comedy, you don’t want to miss Nazeem in action.

‘There wasn’t a flat joke in the set, nor a pause that didn’t lead to a laugh. No dead spots, no misfires, no flubs.’ Herald Sun
‘This man embodies comic genius’– Glam Adelaide (5 stars)
‘spot-on, intelligent, genius humour’– This is Radelaide

Street 1 at The Street Theatre

* A transaction fee of $4 will apply