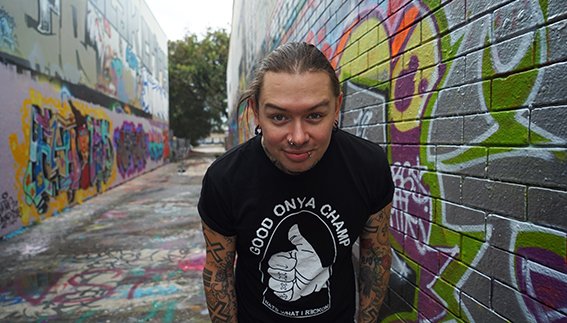 Nat’s What I Reckon: On Purpose is an epically entertaining evening of piss-taking and previously unreleased videos.

Nat has been making videos as Nat’s What I Reckon for almost a decade, with his hilarious social commentary collecting him a solid and dedicated audience of two million along the way, and his videos frequently clocking up views well into the millions. With his love for taking the playful and thorough piss out of his surroundings, Nat has riffed on everything from trade shows and tattoo events to burnout festivals and exploring Area 51.

In 2020 Nat branched out into fully-fledged live show. His debut live tour On Purpose completely sold out but was placed on hold after just a few dates due to COVID-19 restrictions. Now the party is ready to start again and Nat is taking the show back on the road! Expect a multi-media extravaganza – with audience participation, video and even an anxiety game show.

Nat will share stories of how insane this online universe has been, reveal some of the hilarious inspirations behind his videos and screen never-before-seen footage and outtakes.

He will also give the audience a glimpse into his off-the-wall creative process that has led him to this point in his career, which has all been, you know, totally on purpose…

With two million followers across social media you’d best book early champs. This WILL sell out!

‘Hilarious, with a metal Edge’ – Broadsheet 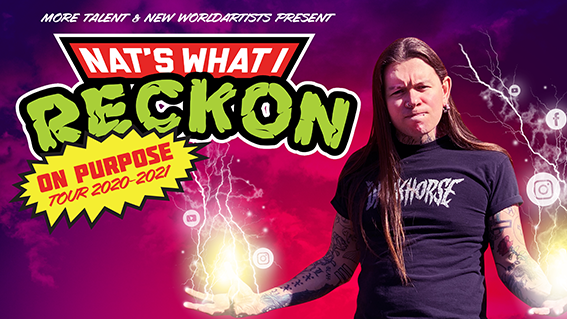