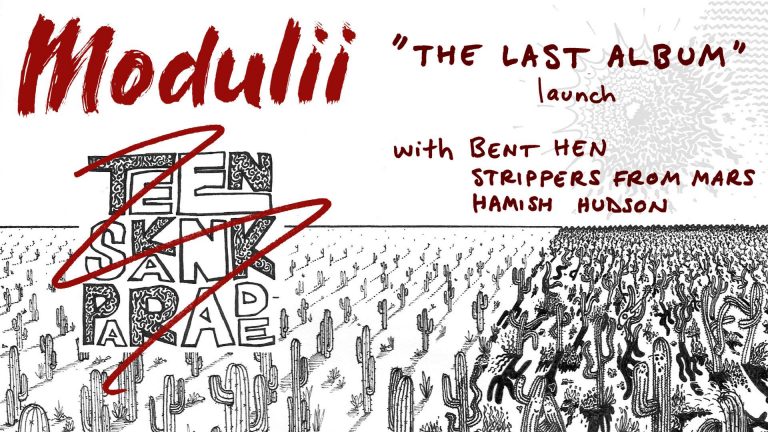 Modulii (formerly known as Teen Skank Parade) will be launching The Last Album. The band have been not taking themselves too seriously and playing some confusing malange of big dumb rock infused with metal, punk and bad taste since forming in a garage in Ainslie around 2006.

We’re pleased as punch that legendary rockers Bent Hen will be joining us for a rare outing. Bent Hen have been bringing original Canberra Rock since the late 90’s, and are one of the most exciting live acts on the scene.

Coming all the way from Wagga Wagga, the Strippers From Mars are not strippers, nor are they martians, and for this we are all thankful!! What they are, though, are seasoned rockers who think they are masters of the double entendre. Their influences include desert rock, stoner rock, hard rock and 80’s Aussie rock with the odd 70’s psychedelic jam session.

Hamish Hudson is just a nong bumbling through life with a guitar and a sense of humour. If you take life too seriously or get offended easily, this might not be for you…