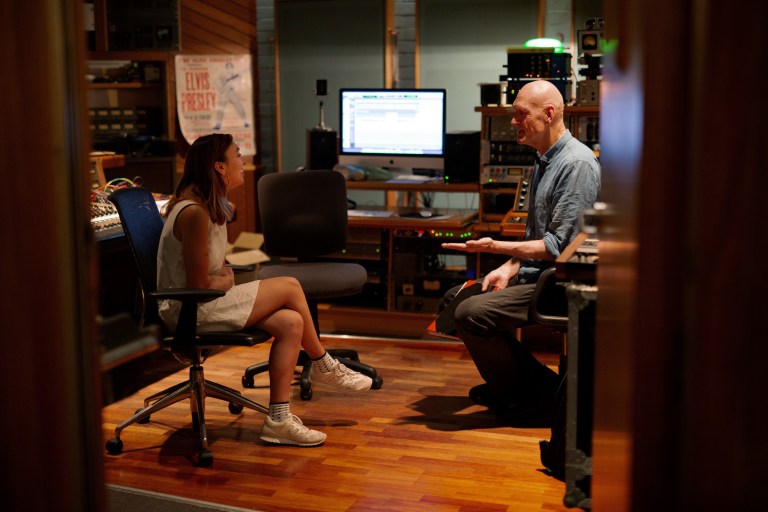 Frontier Touring are excited to announce that as part of preparations for the WOMADelaide world premiere of Makarrata Live, Midnight Oil & First Nations Collaborators – Dan Sultan, Alice Skye, Troy Cassar-Daley, Tasman Keith and Leah Flanagan – will perform a special warm-up show on Thursday 25 February at the newly refurbished Enmore Theatre, Sydney. This one-off public intimate performance will showcase works from Midnight Oil and Collaborators from the ARIA chart topping mini-album The Makarrata Project along with iconic Midnight Oil songs of reconciliation. It will also include a special acoustic set from First Nations collaborator Leah Flanagan.

In January 1986, the band played two shows at the Enmore Theatre, marking its debut as a rock’n’roll venue. With the theatre undergoing a major facelift in the last 12 months, including reinstating many features from the original 1936 plans, it’s fitting for Midnight Oil to once again be one of the first to perform there.

This exclusive concert joins a run of highly anticipated outdoor events at Sirromet Wines, Mount Cotton; Hope Estate, Hunter Valley; Stage 88, Canberra; Mt Duneed Estate, Geelong and the world premiere at WOMADelaide. Tickets to all shows are on sale now. As always fans are asked to avoid purchasing through reselling sites such as ViaGoGo where ticket authenticity cannot be confirmed.

These concerts seek to elevate The Uluru Statement From The Heart which calls for a Makarrata – or “truth telling” – to account for the theft of lands and displacement of First Nations people. 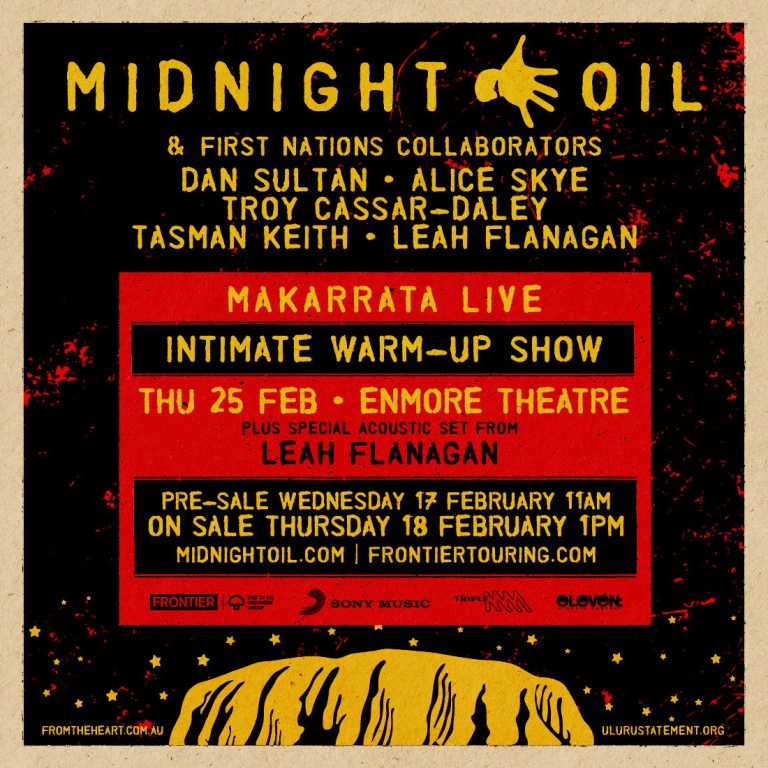