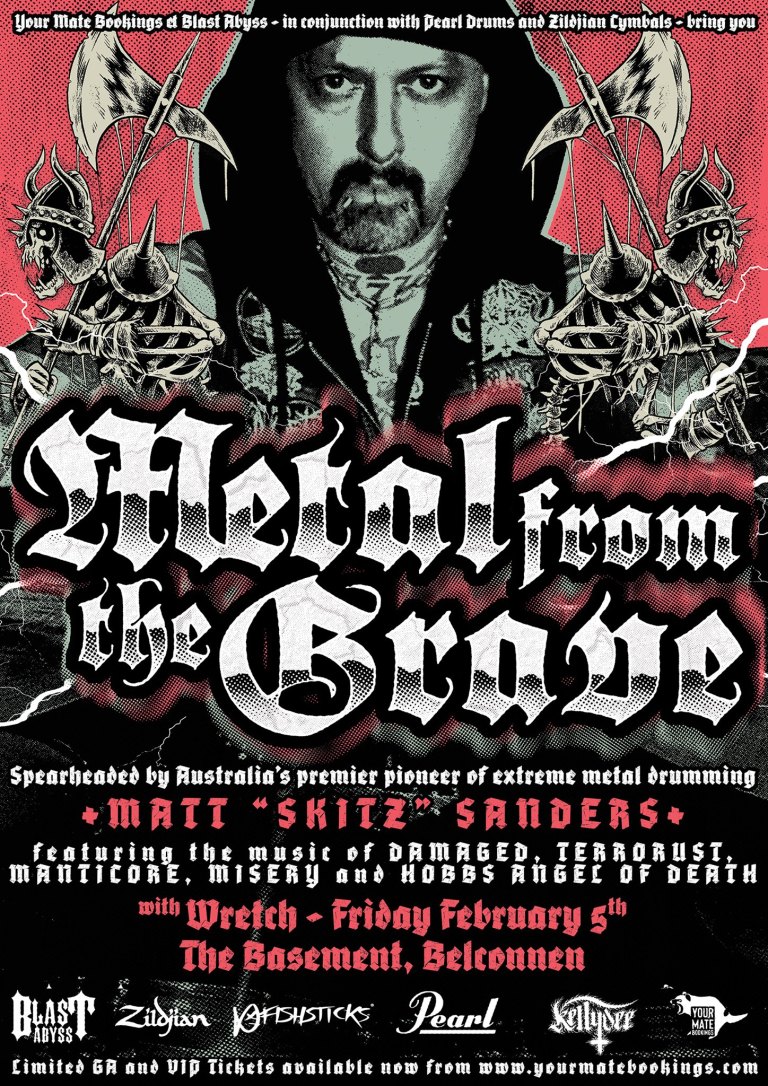 Your Mate Bookings and Blast Abyss – in conjunction with Pearl Drums and Zildjian Cymbals – bring you the “Metal from the Grave Tour” of Eastern Australia – spearheaded by Australia’s premier pioneer of extreme metal drumming, Matt “Skitz” Sanders!

For the first time in his 33 years of blasting – the indomitable “Skitz” will step up with a hand-picked crew of players and perform music originally recorded by a selection of peer-influencing bands in Australia’s metal scene – including Damaged, Manticore, Misery, Terrorust, and Hobbs Angel of Death.

Skitz will also be recounting war stories of his years of relentless touring with many of the infamous groups he has been a part of in Australia’s savage metal history and will also have a range of merchandise available – featuring his own art – including T-shirts, hoodies, caps and prints.

Limited VIP (Meet and Greet*) and GA tickets will be available from http://www.yourmatebookings.com and the venues.

*Meet and Greet includes attendance at the sound check, the opportunity to have a drink with the man himself, a signed poster – and exclusive access to merchandise items before the general public. You are also welcome to bring related merchandise to have signed.