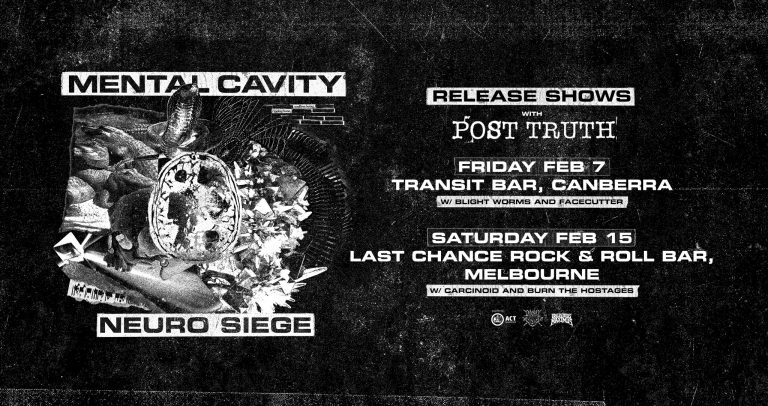 After the release of 2017’s Aneurysm, Mental Cavity have continued to grow and push further out of the shadow of their slumbering musical-brethren I Exist. Neuro Siege sees Mental Cavity continue to explore the possibilities of smashing abrasive speed-driven Death Metal riffing, together with tar- laden Sludge passages and a clear tip of the hat to bands such as Autopsy, Tragedy, Morbid Angel, and Crowbar.

Newcastle’s Post Truth and Canberra blast fiends Blight Worms and Facecutter will be joining the riff to launch the record at Transit Bar on February 7th.