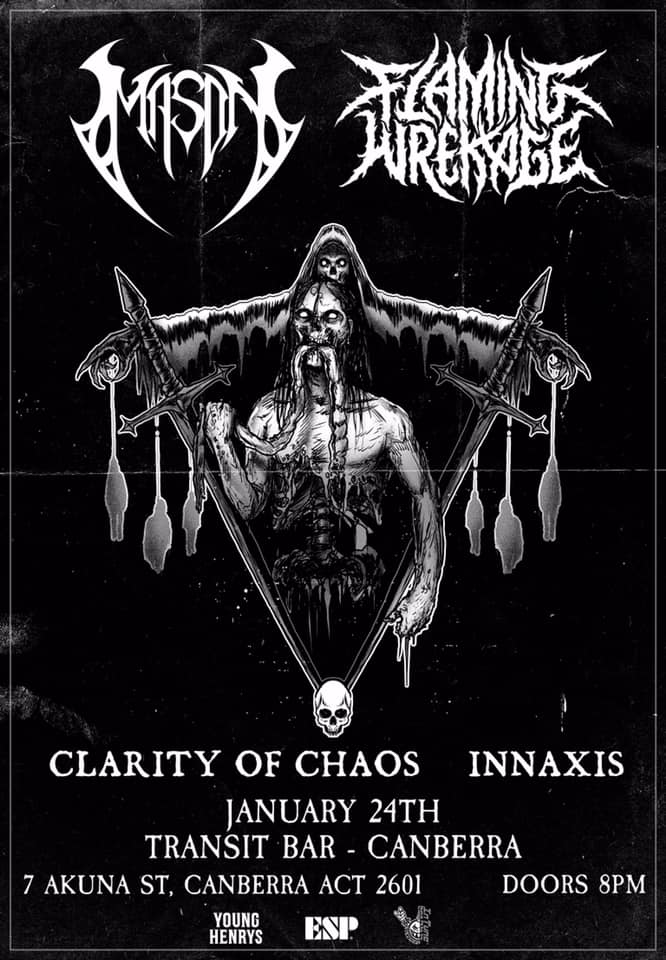 This summer the new generation of metal will be destroying 6 cities over 6 dates, dominating the Aussie club scene in 2020.

Whether your’e a thrash, groove, or death metal fan, the Kill Or Be Killed tour has it covered.

– MASON –
Based in Melbourne, Australia, the technical thrash metal group known as Mason deliver commanding performances in both
the domestic and international metal scene.

Comprised with fast tempos, technical aggression and a dominating rhythm section. The band continues to crush audiences across the globe with their driving force and energetic stage presence, stimulating a growing, loyal fan base.

Mason continue to tour and grow their fan base spending the last three years touring Europe/North America/Canada/Japan and Australia in support of their last release Impervious, more recently supporting acts such as Annihilator, Jinjer and Obscura, thrilling crowds and taking home an even more broad and diverse fan base allowing Mason to walk forward in confidence with the release of their new album coming in 2020.

– Flaming Wrekage –
Fresh out of the studio from completing work on their third full length, Flaming Wrekage come armed to the gills with tight riffing and huge grooves. Boasting an impressive array international supports of late, including Soilwork, Psycroptic and Omnium Gatherum, Flaming Wrekage pull no punches with a high energy live show that showcases new material from their highly anticipated new release.