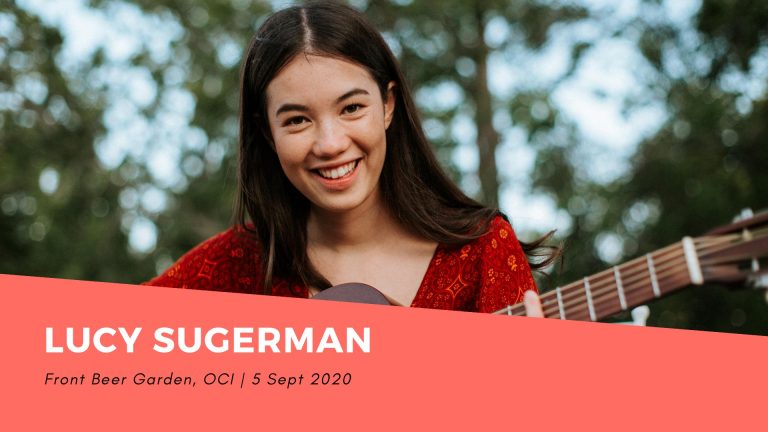 See the commanding presence of Lucy Sugerman in the front beer garden from 2pm.

A self-dubbed oversharer, Lucy Sugerman has been writing and singing songs about every corner of her life for almost as long as she can remember. Inspired by her songwriting heroes from the 60s and 70s, the bedroom pop movement and her everyday experiences of modern love and life, the eighteen year old writes confessional pop with a knack for clever lyricism and an airy vocal.

Lucy has been cutting her teeth performing around Canberra since she was just nine years old. 2018 saw her support Sheppard, Ali Barter & Nicole Millar at Canberra Day in the Park and open for John Farnham & Daryl Braithwaite at the Anthems concert at the National Arboretum Canberra, as well as premier new original music orchestrated and arranged for the Canberra Youth Orchestra at the Llewellyn Hall.

In 2019, Lucy sold out her headline shows at Smith’s Alternative, opened for X-Factor winner Dami Im and spent the year writing and perfecting her craft alongside some of Australia’s most esteemed writers and producers (Alex Lahey, Dustin Tebbutt, LANKS, Dylan Nash). Sugerman lets people into her world through relatable tales of her struggles and triumphs in romance and growing up, showing that they are not alone, and capturing the humour and spirit in learning from your own experiences. Her angelic voice well beyond her years and incredible range surprises and captivates the audience with her words resonating with all, old and young.