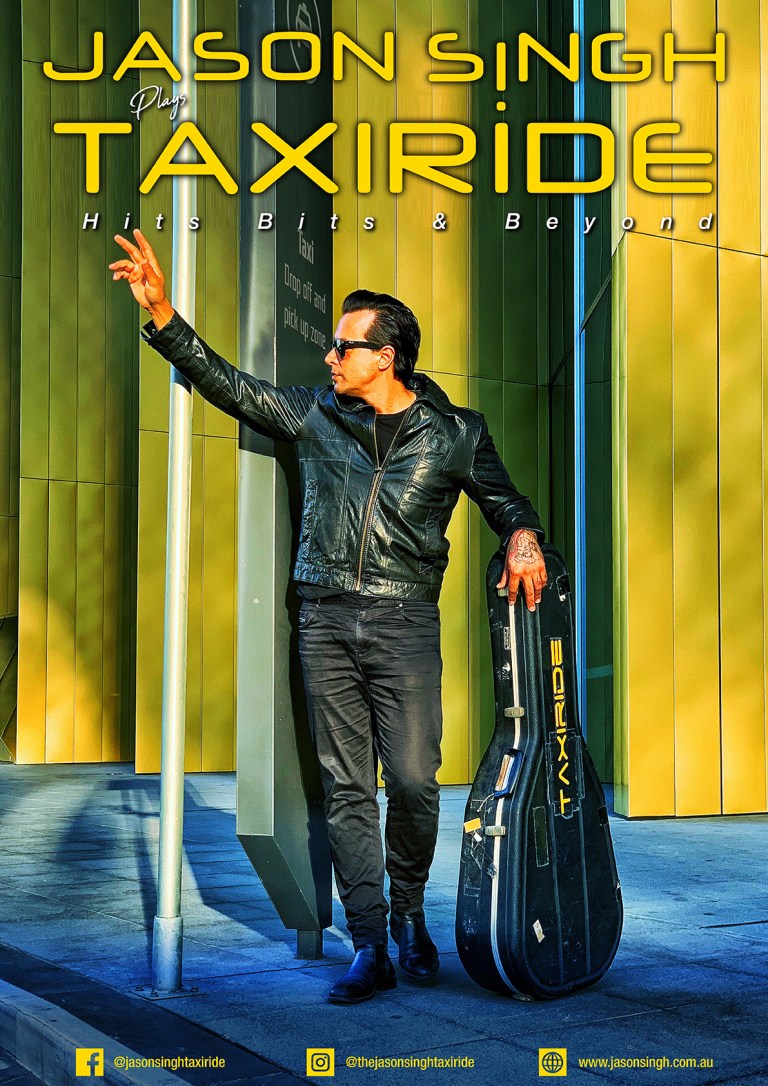 With two consecutive number one platinum selling albums, nine top 40 hit singles including the top five hits “Get Set”, “Everywhere You Go”, and the most played song on Australian radio in 2002 “Creepin’ Up Slowly”, they were at the top of the Australian music industry.

20 years later, including a hiatus, a reunion and an established solo career, it’s time to join Taxiride frontman Jason Singh as he continues the ride in a series of shows taking you on a journey beyond the hits.

“I’m proud of everything I’ve done,” Jason says, “Taxiride is where it all started for me. I’m excited about playing this show and getting to play a collection of songs I’ve rarely, some never, played live.”

The HITS BITS & BEYOND show will see Jason perform all the iconic hits along with material from deep within the Taxiride catalogue – including “Skin”, “Saffron” and “Voodoo Doll Sin”.

With a studio album, a covers album and a string of singles including two dance club hits, Jason will also feature a variety of his solo material, which has seen him tour extensively with a long list of accomplished artists including Mariah Carey, Rick Astley, Hanson and John Farnham.

Stories, influences and insights from over 20 years of touring; you can be sure, as Jason Singh plays Taxiride, that each show is set to be a different ride.