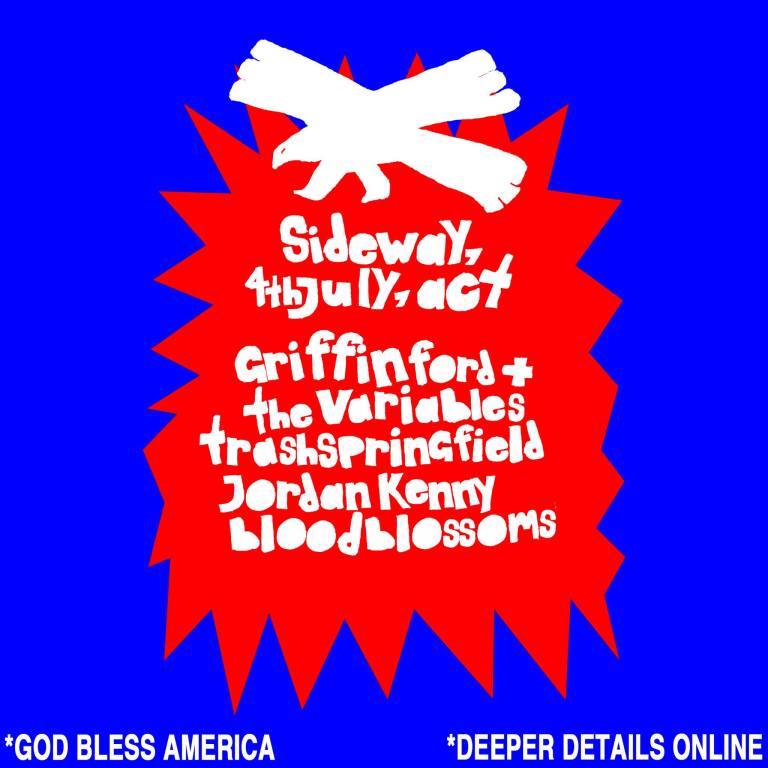 Griffin Ford & The Variables are weird, daft, iridescent, inconsistent, unadulterated, unabashed, unassuming, unapologetic, unaustralian, unrecognisable, unfaltering in their death-crawl toward the Emerald City that is – Rock and Roll.

Trash Springfield are a 3 piece band lead by the front woman of the same name. Trash’s raw, honest and sometimes confronting lyrics are balanced by her catchy riffs and unique baritone. After years of performing around Sydney as a soloist, she now has a band together and is putting the final touches on her debut E.P.

With a beatnik’s flair; Sydney based artist Jordan Kenny crafts a smiling and timeless energy. Featuring hints of a folky quirkiness and a kindling poetic voice, his eclectic writing style is artfully composed with forward-thinking altruism and a dreamy complexity.

Blood Blossoms sit somewhere between folk, rock and pop, While you’ll hear lush strings, horns and keyboard wizardry on any of their 3 albums, in a live setting a simple guitar and vocal is preferred. W/ 2 previous 2ser Album of the Week nods to their name and a 4th album currently under construction, Blood Blossoms are shaking off the studio tan and hitting the Sydney live music scene once again.