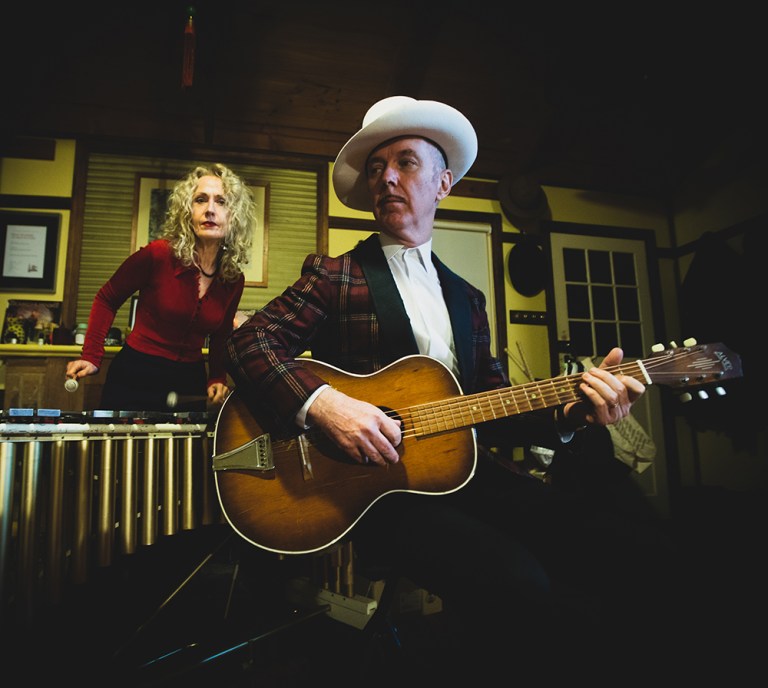 They’re a duo with guitars/vibes/keys/melodica … However Dave and Clare choose to play, they bring their story and their songbook which stretches to over 40 albums.

During the pandemic lockdown – which they experienced in Melbourne – they started doing online shows every week, sometimes twice a week and revisited songs from all these albums as well as workshopping new material. They kept their performing, playing and writing skills sharp.

They have also been in the studio recording a new album, provisionally titled THUS WAGS THE WORLD, as well as issuing three live albums from the vaults in the last twelve months. (The most recent being LYVE AT BYRDS.) Further reissue of material will be happening in 2021.

People have been heard to have heard people say. (Sources close to the couple). “WHO ELSE COULD TAKE YOU THERE?”

Dave Graney humbly adds, “It’s not like those other crumby bands. They are mostly wrong, we are totally right. Word. Comrade. We go East, West, North, South and Straight Up. Get some”.