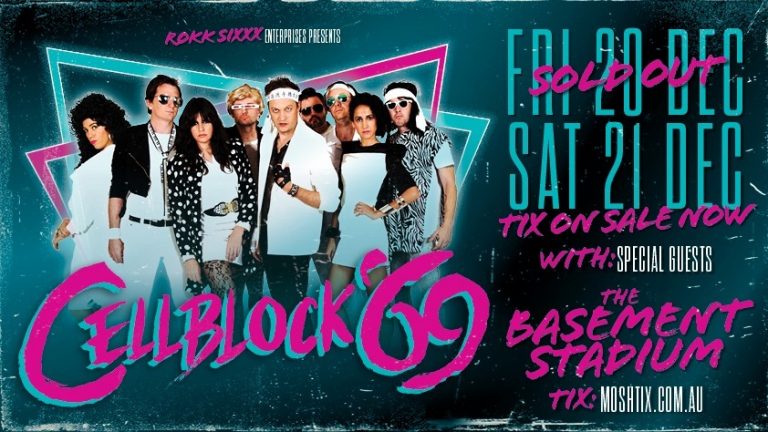 It’s Two Thousand and Nineteen 80 Nineteen ! CELL BLOCK 69 will be performing an encore show on Saturday 21st Dec at The Basement Bar and Mega Arena in north western Canberry. In BELCONNEN ! It’s an en’Corey !

Currently doing a spree of secret medium mega arena warm up shows in the Caribbean, CELL BLOCK 69 are trialing newer, already stolen from them, material on the unsuspecting Caribbean audiences. Rumours have CELL BLOCK 69 poised to perform for the Caribbean royal family after Duanne Le Corey-Michaels and Billy Ocean supposedly united to write a song for the Queen !