Bud Petal will be launching and playing selections from its recently released fourth album, Sydney, Sydney. The album, a musical diorama of modern-day Sydney, takes the listener from beers at the Courthouse Hotel in Newtown to corn-tassels in Clovelly; from wage slavery in Bankstown to longings for the Levant in Lakemba; from being happy in Hurstville to waiting for Louise with a cup of tea in Eastwood; from police brutality in Redfern to activists proclaiming “Know your city! Love your city! Organise to make it better!”.

Listen to some tracks from the new album here: www.budpetal.com.

Sydney, Sydney was released in February, 2019. It was recorded at Hospital Hill in Drummoyne, Sydney, and mastered at Abbey Road Studios, London.

Bud Petal is the stage name of musician Eran Asoulin, who with his band has now released four albums. His music has been described as “cerebral art-folk”, “a true outsider, a freak-folk wunderkind”. He was “discovered” when his self-produced first album was pulled from the trash at a local radio station. A self-taught musician from The Levant, he spent his teenage years immersed in the bohemian/DIY art scene of Newtown, Sydney.

Common Carp is an invasive species with a taste for folk, country, and indie rock. Though a long-time resident of Lake Burley Griffin, the Common Carp has only recently dipped its whiskers in the Canberra music scene. 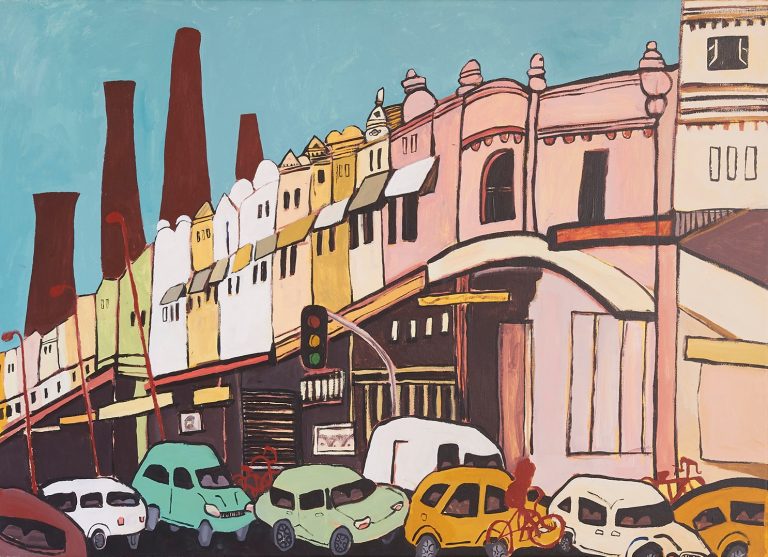