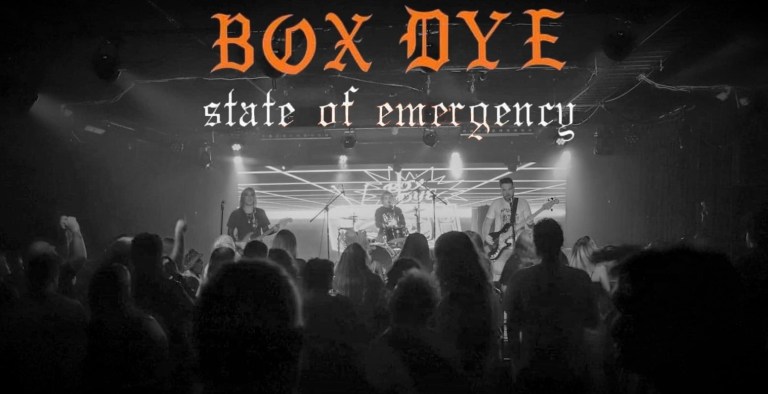 It’s time. It’s happening. Box Dye have been toiling away in the rehearsal room and recording studio to produce some dangerously attractive music and its FINALLY time to release ‘State of Emergency’ into the world!

Box Dye have had a busy start to 2021 with a packed schedule supporting interstate legends FANGZ, and (almost) BOYSCLUB as well as local heroes Highland Light and NORA.

With everyone else releasing new music they decided it’s time to squeeze out another single for the masses.

Box Dye will be joined by HOT local talent in the form of Spinning Plates, Bad Lunar and Northbourne.

Bringing with them a unique and dynamic sound, Spinning Plates have produced a high-energy setlist of original songs. Pairing dramatic piano with stirring guitars and hard-hitting drums, the band create a big sound for a small collective – pushing the limits as to what a trio can do.

Bad Lunar are a 4-piece alternative rock band hailing from the nation’s capital. Formed in 2019 and inspired by the likes of Muse, Nothing But Thieves and Royal Blood, they aim to deliver fuzzy, grungy, hard-hitting riffs accompanied by soaring vocals. With a catalogue of original songs under their belt, their live show is sure to get your toes tapping and, hopefully, your head banging.
With most members on the cusp of 18 years old, Northbourne’s grunge sound is equal parts fresh and nostalgic. Invigorated with an urgent energy it’s hard to see the boys slowing down anytime soon, with another single in the works to follow up their debut hit ‘Until I Break’. A great night is always bound to be on the cards when these boys are on stage.